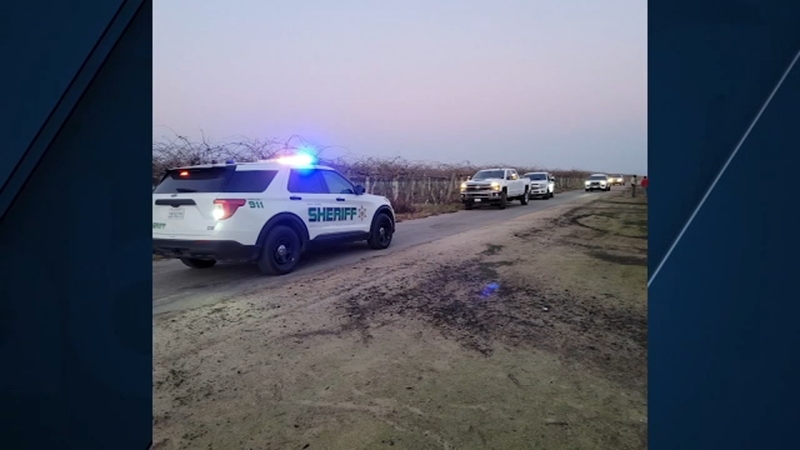 TULARE COUNTY, Calif. (KFSN) -- In rural Tulare County, deputies have rushed to three armed robberies in the last three days and fortunately, none of the victims were injured.

On Monday, the first one happened just before noon on Road 158 and Ivanhoe Drive in Visalia.

"They were just going about their business -- all of a sudden, these two subjects walk up to them and demand their wallets and their phones," he said.

The two suspects were armed with a handgun and rifle.

The same day and only a few hours later, just before 5 pm, a farm worker was robbed while working an orchard in Terra Bella.

The victim told deputies that two men, one of them armed, approached him in the field and took his wallet and cellphone.

"Ordered the victim to the ground, the victim complied, and at that point, the suspect went through the victim's vehicle, took his belongings and fled the area," Holguin said.

Wednesday, shortly before 1 pm, an armed robbery and carjacking happened on Yokohl Rd and Rocky Hill Drive in Exeter.

Officials say three people parked in a pickup were approached by two men. One of them had a gun and was ordered out of the vehicle and to hand over their cellphone.

One of the suspects then got into the victim's pickup and the other back into the sedan and drove off.

The carjacked pickup is a white 1999 Toyota Tacoma.

Officials say the suspects are considered armed and dangerous and want to remind people to take extra precautions anywhere they go.

"In this day in age, you never know what can happen out there by yourself, so always pay attention and be vigilant of your surroundings," Holguin said.