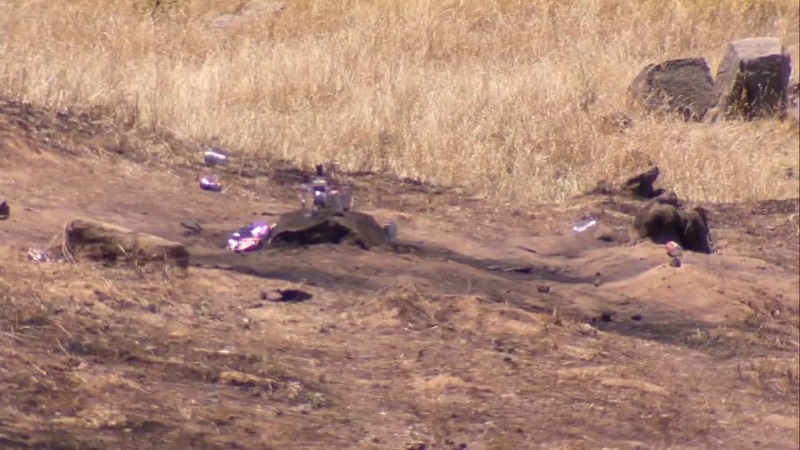 VISALIA, Calif. (KFSN) -- Just after 1 a.m. Sunday, fire crews responded to a report of an explosion and car fire near Chimney Road and Reservation Drive at the Tule River Indian Reservation.

Firefighters from several agencies put out the car and grass fire and later found a dead body in the front seat.

Because of its condition, Tulare County Sheriff's Lt. Joe Torres says they haven't been able to positively identify the person.

"We believe we've identified him, but unfortunately at this point, we're not ready to identify him and release his name," Torres said.

Action News spoke with a woman who believes the person is her son, 25-year-old Joseph Oebel.

She hasn't heard from him, and she recognized his car when it was still at the scene.

She and Oebel's older brother didn't want to talk on camera, but say he's a good guy with a big heart.

Rather, he was happy-go-lucky and could make people forget their worries.

On Sunday night, his friends gathered on the hill where he was found.

"We haven't found anything that indicates foul play, but at this point, we're keeping all our options open," Torres said. "That's the reason our homicide unit is investigating the case."

Lt. Torres says they expect to learn more about how the person died at an autopsy on Tuesday.

But it will be a few weeks before the Department of Justice is able to confirm who died.