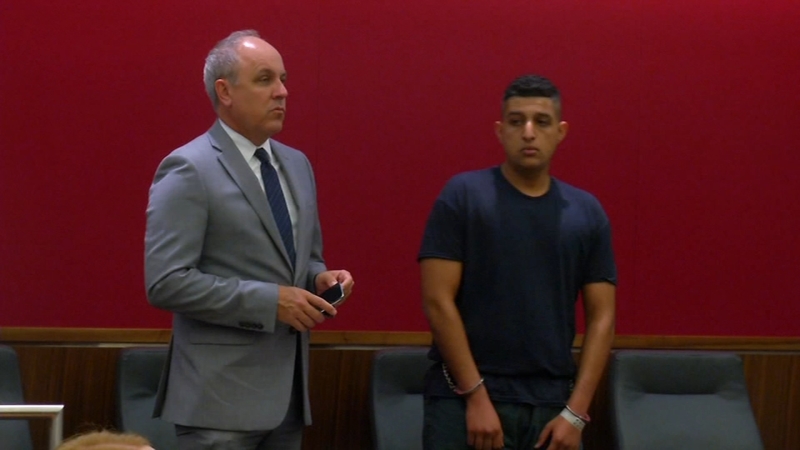 TULARE COUNTY, Calif. (KFSN) -- A Tulare County judge has sentenced a Porterville man to prison for a DUI crash that severely injured another man.

The Tulare County District Attorney's Office says Mohamed Mohamed hit speeds of over 150 mph before he caused a crash that severed the legs of a man who was working on a truck outside his home in April.

SENTENCED: Mohamed Mohamed will serve nine years in jail after causing the crash that severed a Porterville man's legs. Mohamed was drunk at the time, and according to a judge today, was driving over 100 mph.

But he also suffered a brain injury and spent two agonizing, frustrating, months in the hospital.

The extreme speed factored into the judge's decision Thursday to increase his indicated sentence for Mohamed from seven years to nine.

Four days after the wreck, prosecutors charged Mohamed with several felonies, including driving drunk causing injury and hit and run resulting in serious injury - police found him hiding out at his home around the corner.

Mohamed pleaded no contest to the charges this summer.

On Thursday, he accepted the judge's new sentence, declining to withdraw his earlier plea.

His attorney said Mohamed didn't want the victim's family to suffer any more by going through a trial.

"The same way my life is, I want his life to be like that," Gonzalez said. "Will I get it? No. So I'll let God take care of it, and I'll deal with what I gotta deal with."

"Mohamed has no clue what he has done to our family," said Alexis Franklin, Gonzalez's sister. "In a way yes, I'm satisfied with what he got because that's what we can get. If there was more, I would be going for more. Our family would fight for more. The laws just need to change. Things need to change. This epidemic needs to change."

"However, it is long past time for our state to take punishments for this crime seriously," Ward said. "Mr. Mohamed will serve his time, but his victim will never be released from the life-altering trauma he suffered because of Mr. Mohamed's profoundly bad decision to drive drunk."

Khaled Noura says he has love for Mohamed, a close friend, but doesn't condone what he did.

"I believe when he gets out, he will (have learned) a lot from his mistake," Noura said. "Again I'm really sorry for the victim."

Gonzalez says he's thankful to be alive, and so are his family members.

He relies on them daily, but he's determined to regain some of his independence-so that one day, he can play with his daughter again.

"My life's not over," he said. "It's barely beginning again."