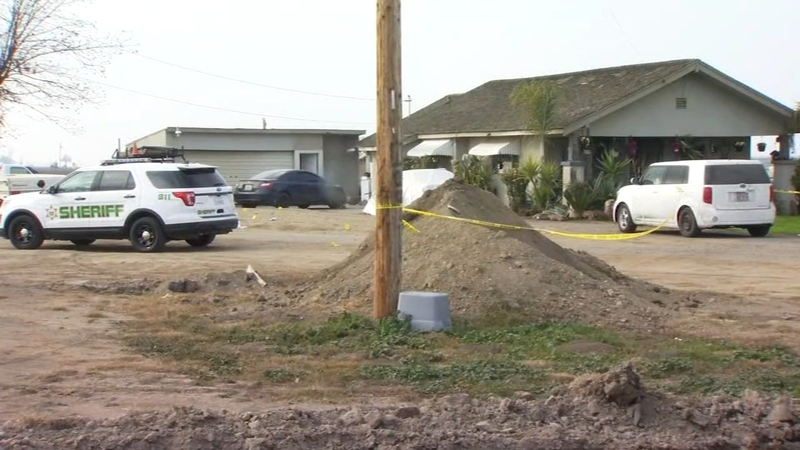 FRESNO, Calif. (KFSN) -- On Saturday morning, Tulare County Sheriff's deputies responded to their first homicide of 2021, finding a 31-year-old man dead at a house outside of Tulare.

Authorities say it was not a shooting, and that the victim did not live there.

Action News approached two men at the property on Monday, but they said they didn't want to talk about what happened.

On Sunday morning, sheriff's deputies were called out to the second and third homicides of the year.

A 14-year-old boy and 19-year-old man were found shot to death near the Tulare-Kings County line.

"Why they were there at that specific location is still under investigation," Tulare County Sheriff's Lt. Joe Torres said. "We don't know what occurred. But I'm pretty sure somebody out in the community knows what happened."

Both victims were from the Fresno area.

They've also reached out to their family members, and have talked with the owner of the truck they were found in.

They hope more clues will come from members of the public.

"The first 48 hours as they put it is very, very important so we're trying to develop as many leads as we can on this investigation," Torres said. "We have very few details but we are encouraging anybody who has information on this case to please give us a phone call.

Autopsies for Sunday's homicides are scheduled for Thursday.

Another will take place on Tuesday for the man killed near Tulare on Saturday, at which point authorities will release his cause of death.

But sheriff's officials do not believe the two incidents are connected in any way.