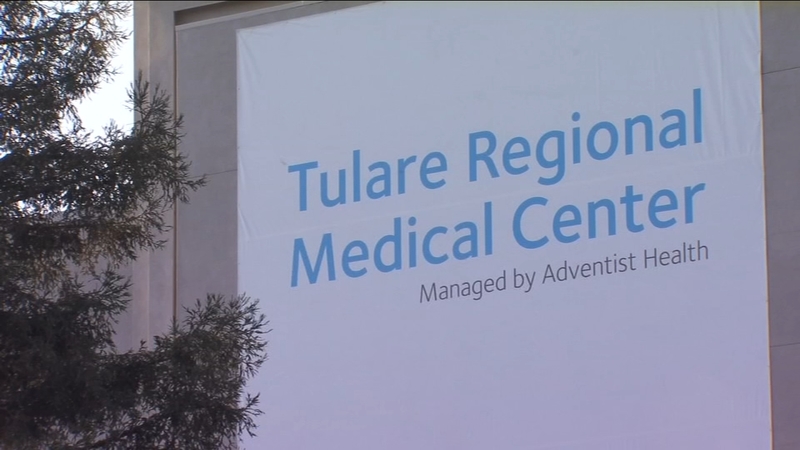 TULARE COUNTY, Calif. (KFSN) -- Since it reopened last month, Tulare Regional Medical Center's emergency department has seen average of 68 patients a day, a little lower than the average before the closure.

Just as people are still realizing the hospital is open, officials with Adventist Health also say there's still a fair share of skepticism about its future, given what's happened over the past several years.

"And so it's our job to build that trust and to build those relationships with the community," said the hospital's new president, Randy Dodd.

Last fall, hundreds of employees were laid off and Tulare County's second largest city was left without a hospital, following a bitter feud between the hospital's board and former manager, Healthcare Conglomerate Associates, or HCCA.

This summer, the board voted to partner with Adventist Health, which provided critical funding needed to reopen the hospital.

They've hired about 300 people so far, and are working towards adding more services in 2019.

"Adding additional specialists, looking at brining elective surgeries in because right now we're only doing emergency services, emergency procedures," Dodd said. "Other services that we would be looking at include OB...the peds unit, we'll look at the neonatal intensive care unit."

On Election Day, voters in the Tulare Local Healthcare District approved Measure H, which keeps the hospital open by allowing the district, which owns the hospital, to lease it to Adventist.

Dodd says the Adventist lease agreement will be formalized in February.

That is when the hospital will likely be renamed Adventist Health-Tulare.

But board member Xavier Avila says the district is still in danger of dissolving, unless it proves it is solvent to a bankruptcy judge.

"We're out of money, plain and simple," Avila said. "And we need our property to use as collateral to get a loan to continue to operate as a district...we got obligations as a landlord to fulfill. We can't do that without cash."

Wednesday night, board members will consider settling a lawsuit with HCCA by paying the company $1.8 million.

It may be controversial-HCCA has been accused of financial mismanagement and is still under criminal investigation by local authorities--but Avila says the settlement would let the district take back property HCCA put liens on, and thus, stay alive.

"(It) clears everything," he said. "Clears the title to the deeds of all the property. We both walk away from our lawsuits which are going to be pretty lengthy and costly."