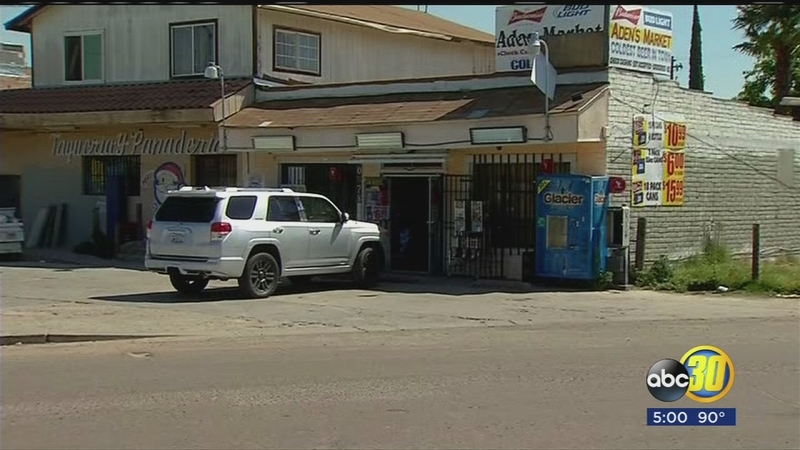 TULARE, Calif. (KFSN) -- A 17-year-old is being held at the juvenile justice center after Tulare County Sheriff's Office officials say he sexually assaulted a 55-year-old woman while working at Aden Market in Cutler on Sunday morning.

Acquaintances of his did not want to speak with us on camera but said the teen works for them and is a visitor from out of state.

They say he's well behaved, religious, and treats everyone nicely.

They're confused by the allegations and based on what they saw on the store's surveillance video, believe the alleged victim acted on her own will. But they say the video doesn't show what happened behind the counter.

Gist says the alleged suspect and victim first met on Friday when the woman sold produce to the teen near another market in Cutler.
They exchanged numbers, and Gist says the teen called the woman to arrange another produce purchase at Aden Market Sunday morning.

When she showed up, Gist says the teen intentionally locked the doors and sexually assaulted her.

"The female victim was able to break free during a struggle and approached those doors that were locked and motioned in an angry manner to get that same clerk to come unlock the door," Gist said. "At which time that clerk did unlock the door, (and) she was able to leave."

Through statements and partial video surveillance from the store, Gist says they had enough probable cause to arrest the teen, who he says was cooperative but eventually asked for an attorney.

"We also ask if anyone out there in the public has endured anything like this from any market or anywhere to please come forward and let us know," Gist said.