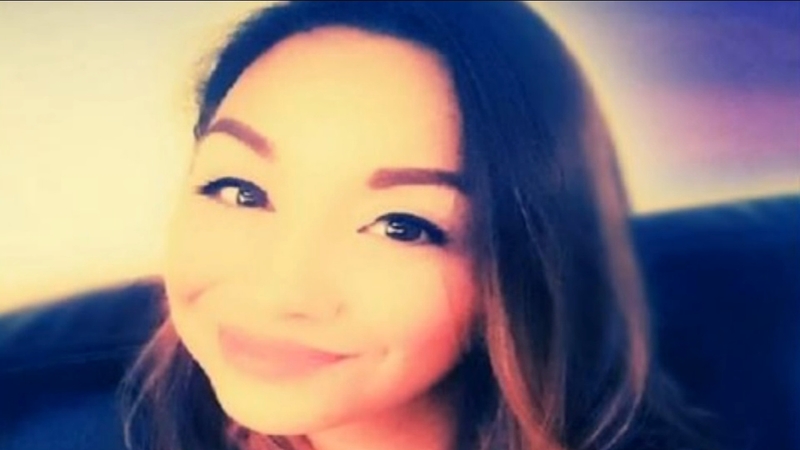 FRESNO, Calif. (KFSN) -- Samantha Lopez Quintanar was a social worker at Sierra View Hospital in Porterville. The mother of four had received her Masters degree, but had a troubled marriage.

Sheriff's Deputies were called to the house on East Date in Porterville by hospital co-workers who became alarmed when Samantha Lopez did not show up for work. Deputies were confronted by the victim's husband at the front door.

"He initially did not want us to go inside the house, as we waited for him and tried to get him to come out he fled out one of the windows, he ran and we caught him after a small foot pursuit," said Gabe Macias, Tulare Co. Sheriff's Department.

When deputies went inside they found the woman's body.

"She was found in her bedroom, there was three children there, they were not in the bedroom, did not see her," Macias said.

The children were apparently unaware of what happened. She was the mother of four aged from 2 to 12.

Lopez was the father of two of the children. The cause of death is not expected to be released until after an autopsy on Thursday.

Samantha Lopez had worked at Sierra View Hospital for just over a year. She moved there from Los Angeles.

"She was our master of social work and head of our palliative care program which was a new program for us. And so she touched a lot of lives from the emergency department to our cancer center to our acute care center and really was instrumental in helping patients develop their advanced directive care plan," said Donna Hefner, CEO of Sierra View Hospital.

Deputies say they had been called to the Lopez home one time for a domestic disturbance call but no charges were filed.

Action News was told there were several domestic violence calls made when the family lived in Los Angeles. The couple had been married for three years.

The children were being cared for by child protective services and are expected to be released to family members.