The shooters, according to the Tulare County Sheriff's Office, are brothers 28-year-old Adrian and 22-year-old Andrew Cavasos.
KFSN
By Brian Johnson 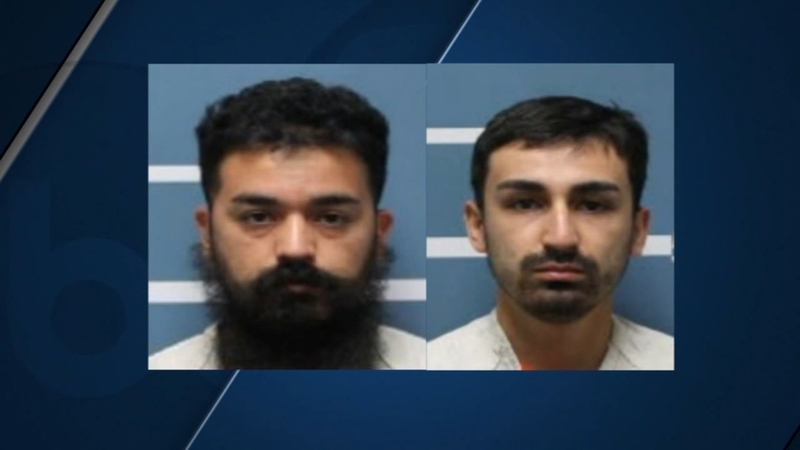 FRESNO, Calif. (KFSN) -- In a small cluster of homes that lie just west of Highway 99 in between Pixley and Earlimart, the hum of evening traffic was interrupted by blasts of gunfire Saturday night.

The shots came from a dirt road adjacent to Avenue 80, and hit two men.

One survived, the other died at the hospital.

The shooters, according to the Tulare County Sheriff's Office, are brothers 28-year-old Adrian and 22-year-old Andrew Cavasos.

"At this point, we can say there was an exchange of words, which led to gunshots," Tulare County Sheriff's Lt. Joe Torres said. "Exactly why it occurred is still under investigation. At this point it's too early to release a motive for the shooting."

Torres said all four men had some kind of connection to the neighborhood, adding that a relative of the suspects called 911.

When sheriff's deputies got to the scene, the brothers were still there.

Deputies detained them and also collected their weapons - a handgun and a shotgun.

"They're going through being analyzed through the Department of Justice at this point," Torres said.

The victims, Torres said, were unarmed.

Detectives have spoken with the surviving victim, who has been released from the hospital.

They've also interviewed another witness, who saw part of what happened.

An autopsy for the man who died is scheduled to take place on Tuesday.

His name will be released after that.
Report a correction or typo
Related topics:
tulare countyhomicide investigationshooting
Copyright © 2021 KFSN-TV. All Rights Reserved.
More Videos
From CNN Newsource affiliates
TOP STORIES