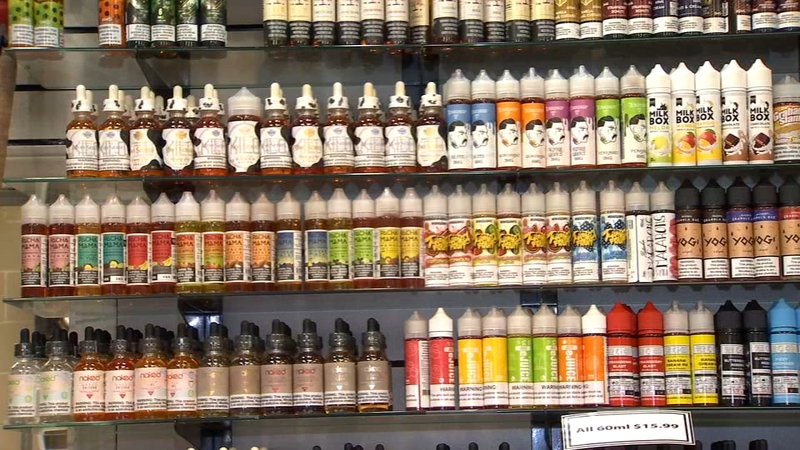 FRESNO, Calif. (KFSN) -- A day after Tulare County reported its first e-cigarette related death, the warnings in the Central Valley are growing.

Tuesday, several of anti-smoking groups said they are working hard to target certain ethnicities who have a higher rate of smoking than others.

"Certain things like poverty, somebody using it as a coping mechanism, the availability," said tobacco prevention advocate, Rosendo Iniguez. "So we see that certain neighborhoods, there are more tobacco retailers, there's more marketing."

Cameron Johnson started smoking two years ago. He grew up watching his grandparents smoke and finding cigarettes in his neighborhood was easy.

Part of the initiative is also to set up rules that would ban liquor stores from selling tobacco products near schools or along the path where young people walk to class.

Tobacco prevention groups say they also are digging deeper to get to the root of why some young minority groups are more likely to smoke in the first place.

"We're addressing things in a broader way. It's not just about don't smoke. It's about the underlying reason," said Carol McGruder with the Tabacco Prevention Initiative.

Of the thousands of fruity and enticing flavors, some are also marketed to young Latinos, flavors like horchata, tres leches and flan.

Other vape juice like cinnamon toast crunch is marketed to the youth of all ethnicities.

Fresno County is investigating six e-cigarette related illnesses. Health officials say there's a lot of misinformation about vaping and how unsafe it really is.