Growers are hoping to avoid freeze damage in their groves, which will become a bigger concern in the weeks to come.
KFSN
By Brian Johnson 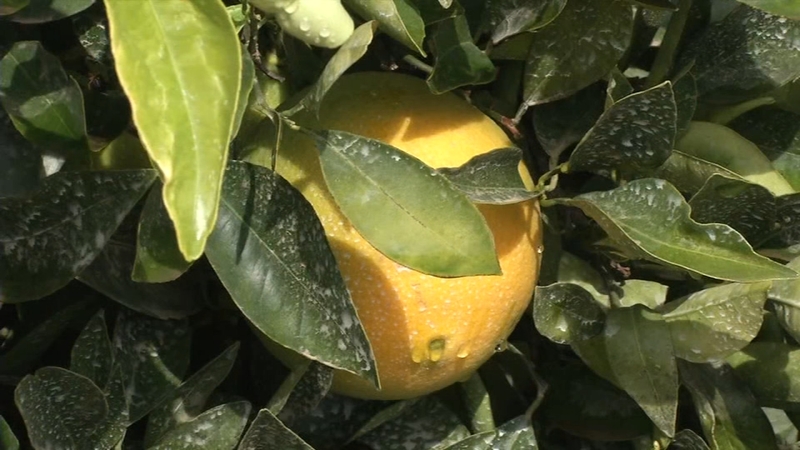 Dairy farmers do their best to protect the youngest animals from the harsh elements.

Sudden shifts in weather can put them at risk of catching a cold or getting pneumonia.

But farmers also keep a close eye on the entire herd because many are still working to adapt to the new season.

"You have an animal who has a coat on and that coat is kind of conditioned by what kind of weather is coming," said Tulare County dairyman Joey Airoso. "Say for instance you have an animal that has a light coat still and (cold) temperatures come all of a sudden, then her coat is not going to be heavy enough to protect her."

Oranges are next, and citrus trees are also susceptible to cold weather.

Growers are starting to warm up their groves using wind and water.

But Tulare County Agricultural Commissioner Tom Tucker doesn't consider these temperatures to be a threat.

At worst, he says there may be some ice markings on the outside of the fruit, which doesn't affect its quality.

"It will be prepared to move into the colder weather without as much of a shock to its system that it might get otherwise," Tucker said.

Above all, growers are hoping to avoid freeze damage in their groves.

That will become a bigger concern in the weeks to come, as subfreezing temperatures set in for hours at a time.

"That's coming," Tucker said. "Typically you get closer to Thanksgiving and Christmas is when it starts and then carries all the way into January or so of the next year."