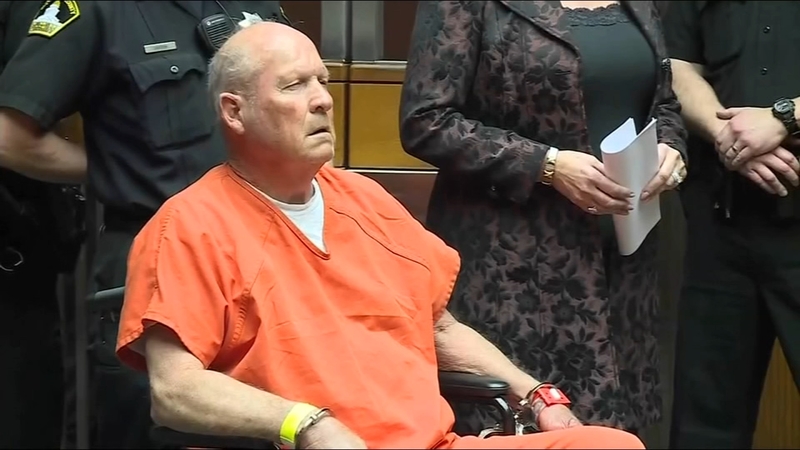 FRESNO, Calif. (KFSN) -- The first count on the amended complaint against accused Golden State Killer and former Exeter Police Officer Joseph DeAngelo is for the murder of Claude Snelling.

More than 40 years ago, Snelling was shot and killed while trying to save his daughter from an intruder at their Visalia home.

In total, DeAngelo is charged with 26 counts--13 murders and 13 charges of kidnapping to commit robbery.

This is the amended complaint filed today against accused Golden State Killer Joseph DeAngelo. 26 counts--count one is for the 1975 murder of @COSGiant professor Claude Snelling in Visalia. @ABC30 pic.twitter.com/NUahMNdYhg

In Orange County on Tuesday, Tulare County District Attorney Tim Ward and five other DA's from around the state announced the joint filing in Sacramento County Superior Court.

It means the 72-year-old will be tried for all of his alleged crimes there.

"We recognize that this case will not be something that goes to trial really quickly," said Sacramento County District Attorney Anne Marie Schubert. "But we also expect and hope that we move this process through efficiently because we do have witnesses and victims that are aging and these crimes happened many, many years ago."

The announcement comes a week after Ward's office charged DeAngelo with Claude Snelling's murder, linking the Visalia Ransacker to the Golden State Killer.

But looking ahead, he says he has full confidence in the prosecutorial abilities of the Sacramento County District Attorney's Office and believes members of his office will assist their team, which could include appearing in court after being sworn in.

"We're going to make a supportive role," Ward said. "I offered district attorney Schubert the services of every single prosecutor in our office. It's quite possible that we may have an attorney appear."

Authorities say ten of the 13 murders carry special circumstances, so DeAngelo is eligible for the death penalty.

But they haven't decided if they will seek it yet.