KFSN
By Brian Johnson
TULARE, Calif. (KFSN) -- As part of their criminal investigation into the Delano/Mission Oak football brawl on November 1st, Delano Police say they reviewed video from various sources, including staff and coaches, parents, spectators, and social media.

The videos show Mission Oak Junior Kyle Avila knocking down a Delano player before other Delano players rush Avila, piling on top of him.

Avila's father says those Delano players stomped and kicked his son, leaving him with bruised ribs and a sprained wrist.

In a Facebook post on Friday, Delano Police said they are recommending criminal charges against players from both teams.

Avila believes his son is included in that group, but he considers what his son did a football act-not a criminal one.

He says his son hasn't been in trouble before.

"Football fights happen," Paul Avila said. "Football-when there's violence in football as far as stomping of the head, kicking of the ribs, 16 against one-I believe that there should be charges on those kids. If it was a one on one fight, no. But as far as 16 on one, yes, I believe that because anything could happen. If they would have pulled that helmet off, it could have been a lot worse where there could have been some serious damages to my son."

Avila admits his son didn't make the best decision by taking the shot at the Delano player, but he says another social media video explains why he did it-in defense of one of his teammates, who was hit by a Delano player in similar fashion moments before.

"So if you look at the video, it's the actual kid who took the cheap shot on our player that got hit by my kid as retaliation as (a) football act, and then led to the melee that happened after that," Avila said.

The game was forfeited and Avila was suspended for last week's playoff game, which Mission Oak lost.

Delano's team was placed on probation for next season, meaning they won't be able to play in playoffs.

They can't tell Action News which players are facing charges, but say they're from both teams. 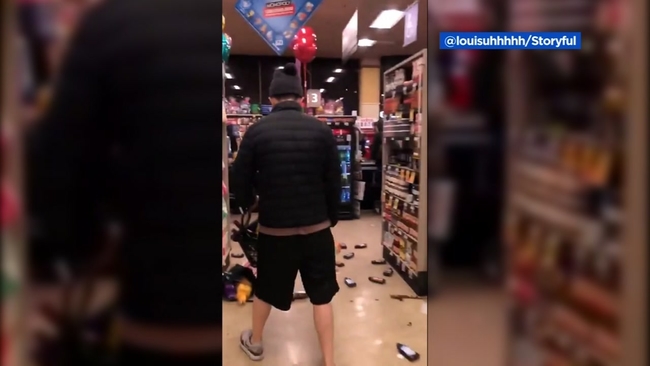