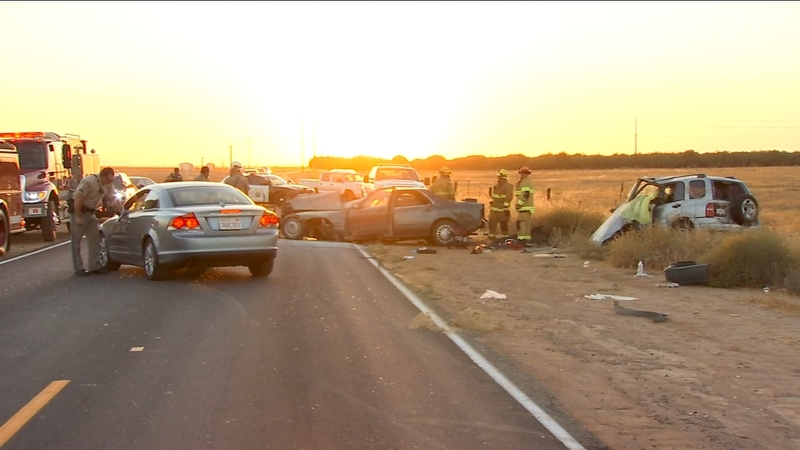 MADERA, Calif. (KFSN) -- Two people are dead, and two more are critically injured, including a one-year-old child, after an accident in Madera County.

The California Highway Patrol says the crash happened near Avenue 9 and Road 40 at around 6 pm on Thursday.


An Acura Legend sedan was traveling eastbound on Avenue 9 when it crossed over the center line and slammed into a Suzuki Grand Vitara SUV that was traveling westbound.

A single driver was in the sedan, he was critically injured and has been taken to Community Regional Medical Center in Downtown Fresno.

There were a man and woman in the front of the SUV, neither were wearing seatbelts and were killed in the crash. A one-year-old child in the back of the SUV was critically injured and was rushed to the nearby Valley Children's Hospital for treatment.

Investigators say that there was a strong odor of marijuana and an alcohol bottle in the Acura Legend sedan. They also say it is not clear if the toddler's safety seat was properly secured in the SUV.