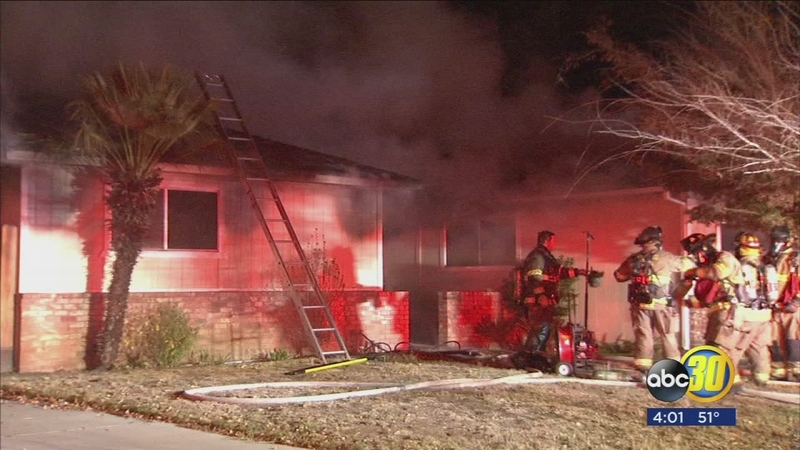 FRESNO, Calif. (KFSN) -- A man who was confined to a wheelchair inside his home was not able to get out and died.

"This is really a shame, we take it personally when we can't get in and make a rescue, there is a fire station about three blocks away from this home," said Rich Cabral.

Despite being close by firefighters were delayed because the initial 911 call made by a woman in the house was not specific.

"She was coughing, saying get out, and was really not very clear as to what her emergency was,"

Police responded because they thought it was related to a burglary call on the next block. When they arrived and saw flames they immediately notified the fire department.

Firefighters immediately pulled the woman from the house but were unable to locate the man until it was too late. It's not yet clear how the fire started.

Another fire was reported a short time later at another Northwest Fresno home, and once again, a delay in notifying the fire department.

The house on Chennault, North of Herndon and Polk was destroyed. Two people were treated for smoke inhalation, they delated getting out trying to make sure a baby was safe.

"Apparently there were two adults that were inside the house, one of them got the baby out and the other was unaware the other had the baby out."