KFSN
FRESNO, Calif. (KFSN) -- A deadly collision in the middle of a Southeast Fresno intersection sent two motorcyclists flying and rattled witnesses say there was nothing they could do to save the victims.

Even before they saw the roads full of twisted metal neighbors say the sound of piercing screams set the stage for the horror they would find outside.

Neighbor, Lupe Mendez said, "Then I heard something went up in the air and then something bang down, then I knew something terrible had happened, I knew it was not a car."

Mendez later found out that sound was a motorcyclist being flung across the road. She says she ran outside, saw bodies, and knew it was too late to help.

"I saw the mangled motorcycle I just started crying because it's so awful, I didn't know there were two people," Mendez said.

Investigators have not revealed who was responsible for the crash but say the motorcycle and another SUV were traveling in opposite directions on Tulare Avenue.

It appears the SUV pulled out in front of the motorcycle to make a left-hand turn.

Captain Anthony Martinez of the Fresno Police Department said, "It looks like the motorcycle broadsided one of the SUVs and the cars eventually hit the second car that was involved."

Neighbors say this ghastly scene is one they have seen many times before on Tulare and Willow.

"There's been accidents all the time there, all the time because the cars are always trying to beat the light," Mendez said.

Mendez says her neighbors do not know what the solution is. But they say with no changes, the accidents will likely continue to climb.
Report a correction or typo
Related topics:
fresno east centralfresno southeastcar accidentfresno
Copyright © 2021 KFSN-TV. All Rights Reserved.
FRESNO Some Fresno restaurants hope to reopen with new state funding 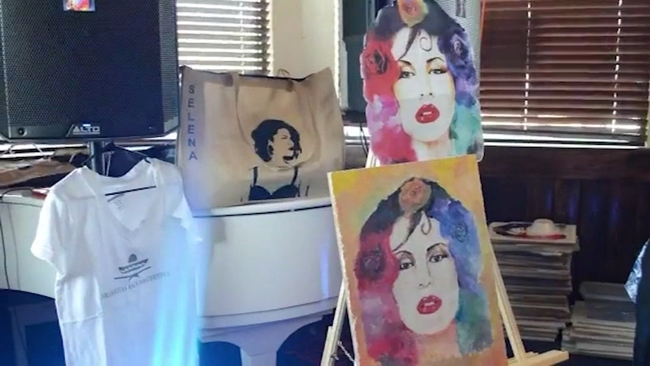