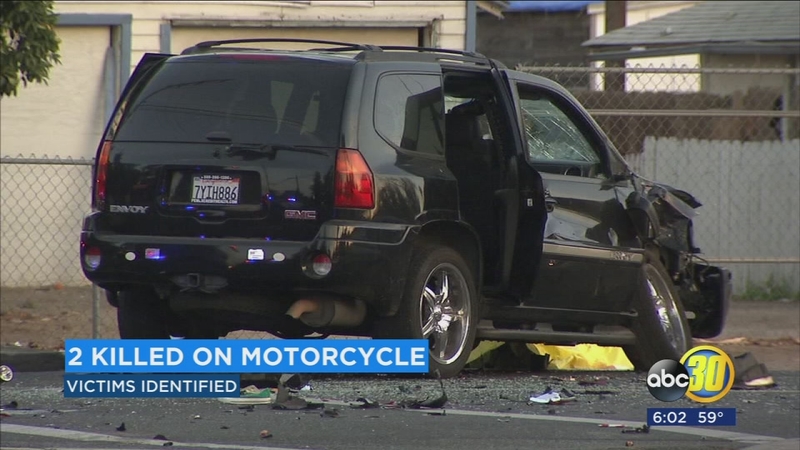 Fresno police say 42-year-old Tanya Shaw and 45-year-old Rufugio Cedillo were killed after they collided with an SUV.

Authorities say the motorcycle and SUV were traveling in opposite directions on Tulare Avenue when the accident occurred.

Action News has learned the 34-year-old driver of the SUV is a female and officials say she was not under the influence of alcohol or drugs.