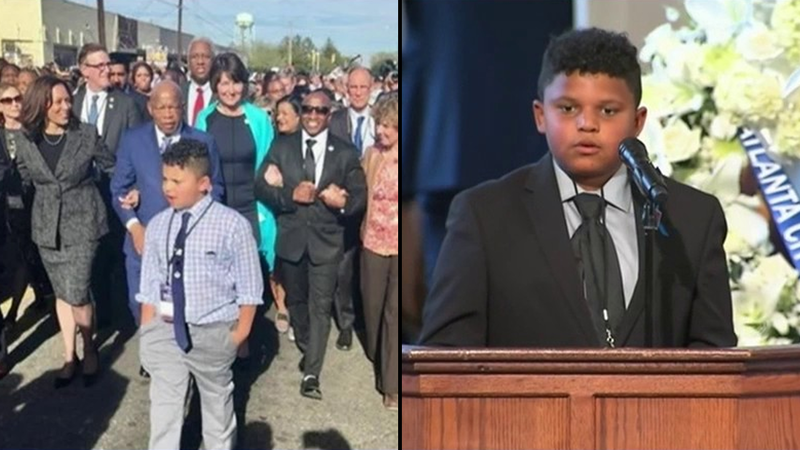 ATLANTA -- At the Thursday funeral of civil rights icon Rep. John Lewis, a 12-year-old boy took the stage and read one of the late lawmaker's favorite poems.

That boy is Tybre Faw, who became friends with Lewis when they met in 2018 at a Selma march commemorating the 53rd anniversary of "Bloody Sunday."

Tybre and his family had traveled 400 miles from John City, Tennessee, to see Lewis in the city where he was beaten by Alabama state troopers in 1965, an incident that propelled the civil rights movement into the national spotlight.

The young boy held a sign that read, "Thank you, Rep. John Lewis. You have shown me how to have courage."

Lewis noticed the sign and talked to Tybre, who became emotional while shaking hands with his hero.

They became friends and reconnected afterward, seeing each other at two subsequent marches.