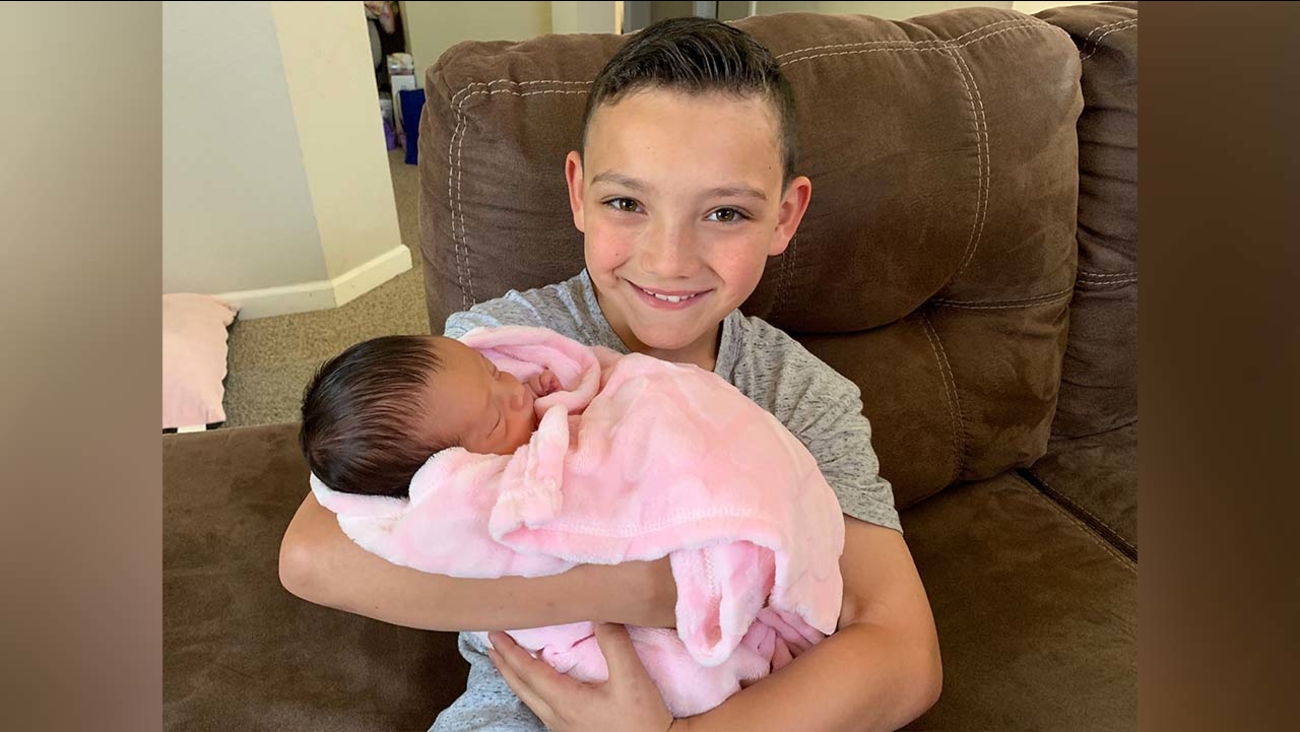 According to a press release, Tyson Sanchez called his aunt when his mom started having a seizure due to eclampsia. His mom was 8 months pregnant at the time.

MERCED, Calif. (KFSN) -- An 8-year-old boy from Merced is being hailed a hero after saving the lives of his mother and his newly born sister.

According to a press release, on April 11, Tyson Sanchez's mother started having a seizure due to eclampsia. She was able to call her sister and that's when Tyson took over.

Tyson was able to describe his mom's condition and follow his aunt's instructions to try and help her. He stayed by his mom's side until his aunt arrived and called 911.

Tyson's mother was taken to the hospital where she underwent an emergency Cesarean section to give birth to her daughter Scarlett. Both mother and baby are now at home and doing well.