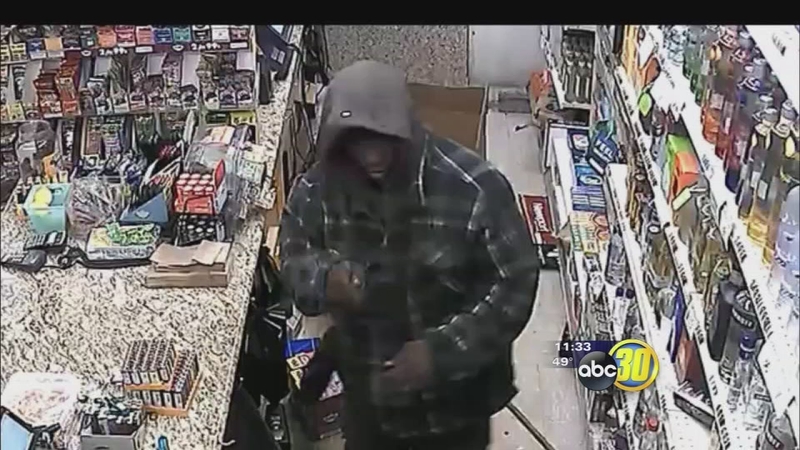 FRESNO, California -- Video from a security camera at Dan's Liquor on Marks Avenue and Ashlan Avenue shows the suspect walk in and immediately rush behind the counter. He then struggles with the clerk who tries to grab a cane to defend himself.

According to police, the suspect told the clerk he had a gun, but ended up pulling out a knife and demanded cash. After emptying out the register, the suspect took off.