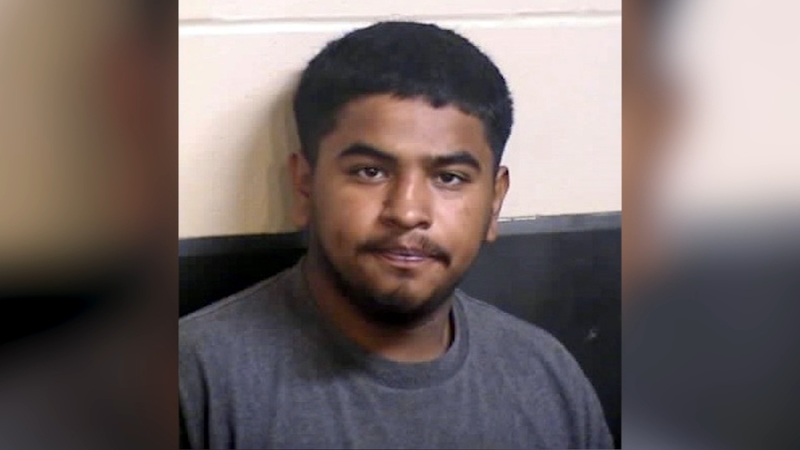 FRESNO, Calif. (KFSN) -- Bullet holes span across the front of Gary Avery's northeast Fresno home, from the siding to the windows to the work truck parked in front of his garage.

Avery said he's not scared, but he's tired of being a target in someone else's dispute.

Police got tired of it too.

"This particular residence has been a focus of our efforts based on violent activity that's occurred since February," said Fresno Police Lt. Paul Cervantes.

They've gotten seven reports of drive-by shootings plus a Molotov cocktail thrown at the house.

Investigators figured out when trouble might come again, so undercover officers set up in the area and saw it happen late Wednesday night.

Officers say they briefly chased the shooter, then let the police helicopter follow as the car drove faster than 100 miles per hour east on Shaw, through Clovis, and finally into an orchard near Highland.

Police tracked down 19-year-old Israel Reyes and towed his car away after finding shell casings inside, but not the gun.

Avery says he hopes that's the end of it.

The hope from police is that this type of operation can get ahead of the city's recent violence.

"Our chief of police has deployed resources in an undercover activity related to violent activity and this is a great example," said Cervantes.

Reyes is in jail with bail set at more than $1 million for the time being.