California jobless rate falls in October as hiring picks up 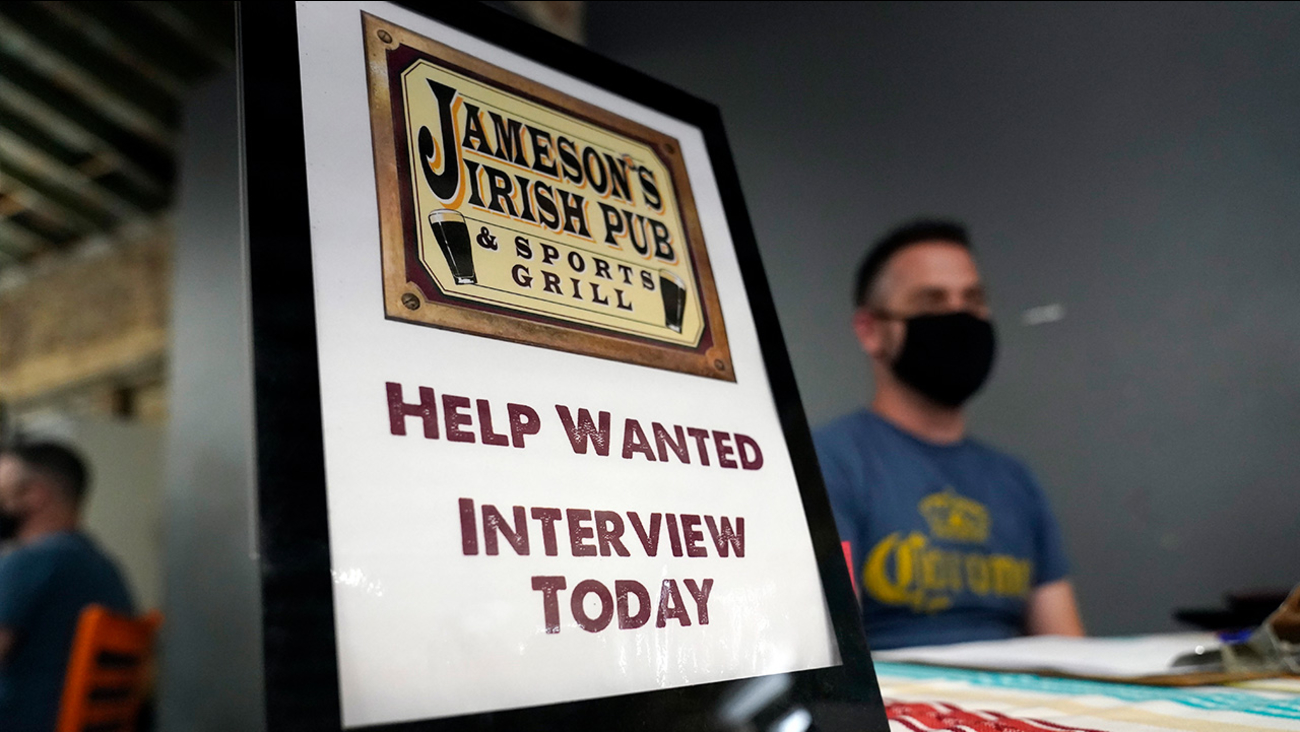 SACRAMENTO, Calif. -- Following a lull in September, California employers bounced back in a big way last month as they added 96,800 new jobs and lowered the state's unemployment rate to 7.3%

New data released Friday showed job gains across all but one employment sector, led by white-collar jobs in management and administration and additional hiring in restaurants and hotels. Government was the only sector to decline, shedding 4,000 jobs for the month.

California - the nation's most populous state with nearly 40 million residents - accounted for 18.2% of the nation's total job gains in October. Since February, California has averaged more than 100,000 new jobs each month.

"California has again created more new jobs than any other state - averaging six figure job growth for nine months straight - an unprecedented achievement as our economy continues to recover from the pandemic," said Gov. Gavin Newsom, a Democrat.

But a big reason California can add so many new jobs is because of how many jobs it lost at the start of the pandemic. California lost 2.7 million jobs in March and April 2020 after Newsom issued the nation's first statewide stay-at-home order because of the coronavirus.

It's taken 18 months to add back 67.4% of those lost jobs as California's coronavirus restrictions, both at the state and local level, have lingered longer than other states. While California's unemployment rate fell to 7.3% in October compared to 7.5% in September, it's still tied with Nevada for the highest rate in the country.

RELATED: 100,000 Californians may be eligible to claim EDD benefits under new rules

California's claims for unemployment remain higher than the national rate, accounting for more than 25% of all claims in the U.S. last week. California's workers make up 11.7% of the civilian labor force.

"Two things are simultaneously true. These are strong job gains, more consistent with what we've seen throughout much of this year. At the same time, there are other economic employment indicators that suggest a more uneven and muted recovery," said Michael Bernick, a former director of the California Employment Development Department who now monitors employment trends at the Duane Morris law firm.

The big question in the months ahead is how rising prices because of inflation will impact the job market in California and the nation. Inflation can lead to increased wages for workers. But higher prices can also prompt consumers to buy less, which would slow demand and convince employers to shed jobs.

Right now, price increases are driven by increased demand combined with a shortage of goods caused by disruption in the supply chain. While inflation has averaged about 2% for the past decade, it has exceeded 5% since June, according to California's Legislative Analyst's Office.

"Inflation is the biggest risk we are facing for the nation and then for the state. Unfortunately in California, as a state, we don't really have any control over it," said Sung Won Sohn, a professor of finance and economics at Loyola Marymount University.

Sohn said most of California's job gains came in Southern California, where Los Angles accounted for 42% of growth and San Diego made up 28%. That was driven by gains in hotels and restaurants as tourism picks up.

New rules in Los Angeles took effect this month requiring everyone to show proof they have received the coronavirus vaccine before entering public places, including restaurants. City officials have said they won't begin enforcing the rules until Nov. 29.

Sohn says those rules, among the strictest in the nation, are likely to have some impact on hiring but probably won't "bend the trend."

"I would expect leisure and hospitality continuing to add jobs," he said, though he worried the industry could continue to be impacted by labor shortages.

Business owners seeking to hire for lower-wage jobs have reported difficulty in finding workers. California's workforce - people who either have a job or are looking for one - decreased by 8,400 people in October, according to survey results released Friday by the Employment Development Department.