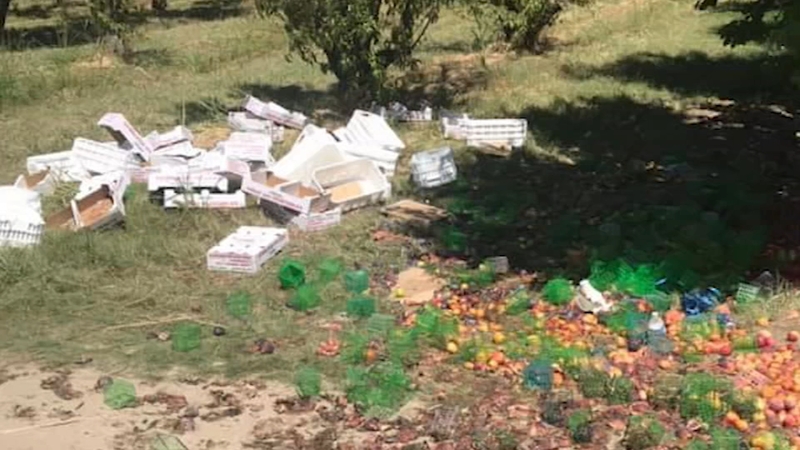 Ask any farmer and they'll tell you - it's becoming more and more difficult to turn a profit these days.

From new regulations to overtime laws, now growers are dealing with people coming on their land to destroy property.

From damaged produce to stolen equipment, Valley farmers and ranchers are seeing an increase in costly rural crimes.

"A lot of it deals with theft most of the time but as far as some of the other issues associated with it: vandalism, general graffiti and other types of things does happen quite significantly," says Ryan Jacobsen of the Fresno County Farm Bureau.

"This is our business, this is our warehouse, this is where we make our living and people need to understand the specialness that goes into making sure we preserve what's happening on that farm," says Jacobsen.

In many cases, produce and property appears to have been destroyed for no apparent reason.

"It wouldn't have been so bad if somebody just stole it because at least I know it went to feed people. You know what I mean?" says David Avila.

Avila is a fifth-generation farmer in Kings and Fresno County.

Vandals recently targeted his Laton farm, smashing figs and plums that had just been picked and ready for market.

"That money that pretty much got destroyed that day was to help my guys get their paychecks. I barely see any of that. You got the labor to picking it, you got the boxes and you got all that I'll probably see a $100 off of it," he says.

"A lot of times there's not a lot of recourse simply because it's trying to find that person in the act or trying to figure out the clues of what they left. Typically that's difficult to find but there are those times the Sheriff's Department they make those connections and track those down." Jacobsen says.