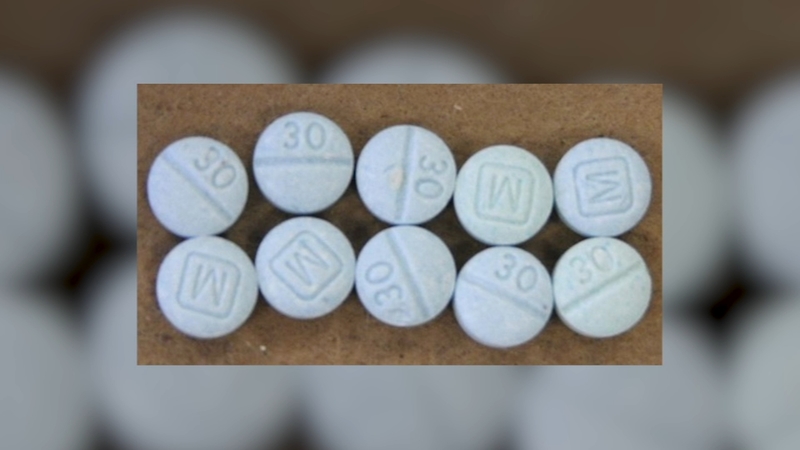 A deadly drug being made to mimic a popular pain killer is becoming more common on the streets of the Central Valley.

"Fentanyl is really starting to explode...from what we were seeing, to what we're seeing now," says Tony Botti of the Fresno County Sheriff's Office.

Law enforcement officials are warning about pills that look like codeine, but are actually deadly levels of fentanyl.

Investigators at the sheriff's office say buyers are essentially playing Russian roulette with their lives when they buy these pills off the streets.

They say in the past year, they've responded to more fentanyl-related calls than ever before.

Investigators say in speaking with the victims, they all admitted to taking a pill similar to this one thinking it was oxycodone.

They now believe the pills were laced with fentanyl.

"We haven't seen it in this form before, so it's unusual to us. At least one individual told us there's a substantial amount of it on the streets right now," said Chief Reuben Shortnacy of the Corcoran Police Department.

Botti says the Fresno County Sheriff's Office's High Impact Investigation team has seized more than 7,000 of these fentanyl-laced pills in the past six months.

"These aren't your typical pharmacies or anybody that's a true retailer. This is stuff coming off the streets," he says.

According to the Centers for Disease Control and Prevention, the number of law enforcement encounters for fentanyl have skyrocketed over the years.

Doctors at CRMC, however, say by the time they're able to determine if someone has fentanyl in their system, it's too late.

"Meaning forensic testing is done on the dead body, or complex testing is done after someone is admitted at the ICU," says Dr. Rais Vohra of Fresno/ Madera Poison Control.