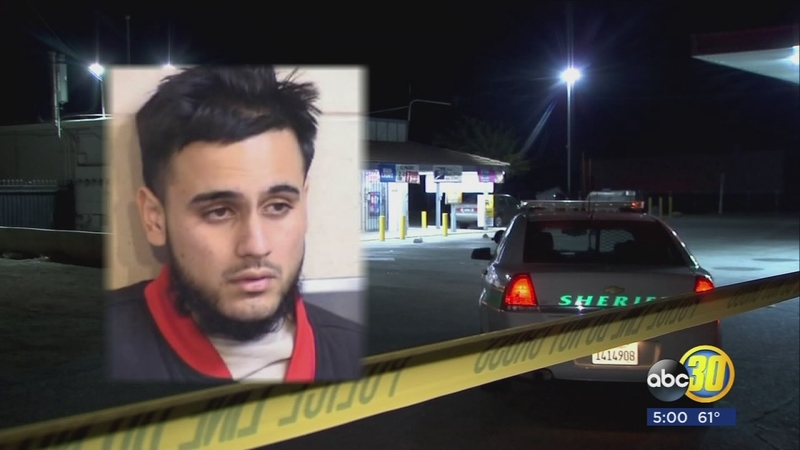 Athwal Singh was transferred to Madera County and is facing gun and drug charges in Fresno County but the bigger issue is in Madera County where he is expected to answer to charges of homicide next week.

Athwal Singh faced a Fresno County judge briefly Friday. He is in custody for possession of a loaded firearm and cocaine but in Madera County, sheriff's deputies believe he is the suspect who robbed and killed a 20-year-old store clerk.

Madera County District Attorney, David Linn is waiting for evidence before making a final determination on charges, including whether Singh should face the death penalty.

"I think it's far too early to make that kind of a decision particularly without the reports and without viewing the videotapes because there are videotapes as well," Linn said.

Sheriff's detectives got a Ramey Warrant for Singh's arrest after a judge signed off on the request. The investigative reports and evidence have not been sent to the district attorney yet.

Deputies believe Singh and an accomplice robbed Dharampreet Jassar and on the way out, after taking cigarettes and cash, Singh fired the deadly rounds.

Surveillance video shows the man who deputies say was not wearing shoes during the crime, only socks. The second suspect remains outstanding.

"My understanding is they are pursuing a number of leads and are hopeful of making an apprehension very shortly - but that's all I know at the present time," Linn said.

A Fresno County deputy first spotted Singh in Kerman, two hours after the homicide when he crashed his pick up into the dirt and became stuck. Inside the truck was a gun, ammunition, and drugs. Singh was booked on those charges but later the deputy discovered from his ABC30 App that the gunman who was wanted for a homicide was the man he arrested earlier on other unrelated charges.