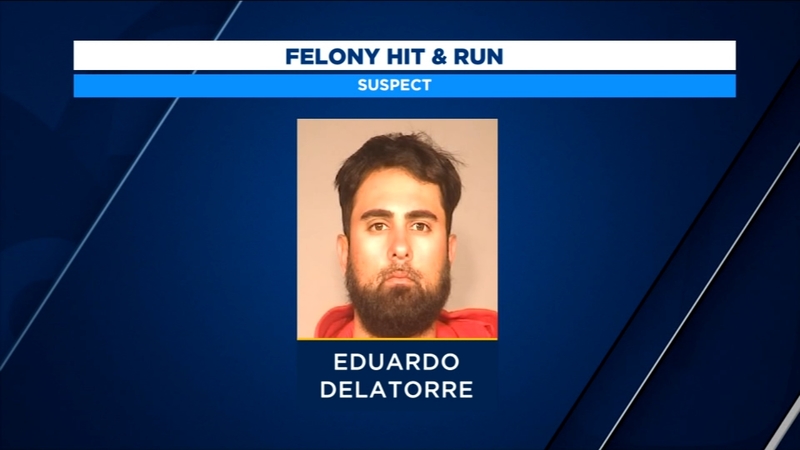 FRESNO, Calif. (KFSN) -- Fresno Police say the hit and run driver they arrested for leaving the scene of a crash Saturday afternoon did not have a license.

Eduardo Delatorre, 30, got a call from officers Monday that detectives say ultimately led to his surrender.

Investigators say once he knew they were onto him- he was cooperative and gave a statement.

Still photos taken from surveillance video show moments after the crash on Ventura between Sixth and Orange.

The suspect was driving a White Ford Expedition when officers say he struck the pedestrian. Detectives say the man on foot was outside of a crosswalk and dodging in and out of traffic before he was hit.

"When it results in injury, like this one, critical injury like this one, you are looking at a felony when you leave the scene," said Fresno Police Lt. Richard Tucker. "In this case, had that individual stopped, notified the police department, he would've never been at fault in this collision."

Officers may never know if the suspect was under the influence of drugs or alcohol.

But they say Delatorre didn't initially volunteer to turn himself in.

A witness captured a picture of the license plate and from there, officers did the rest of the legwork.

"That legal owner was able to lead us to the new owner and through the investigation, ultimately led to the identity of the driver," Lt. Tucker said.

The victim is a 54-year-old man who was critically hurt during the collision. It's unclear why he wasn't crossing the street legally.