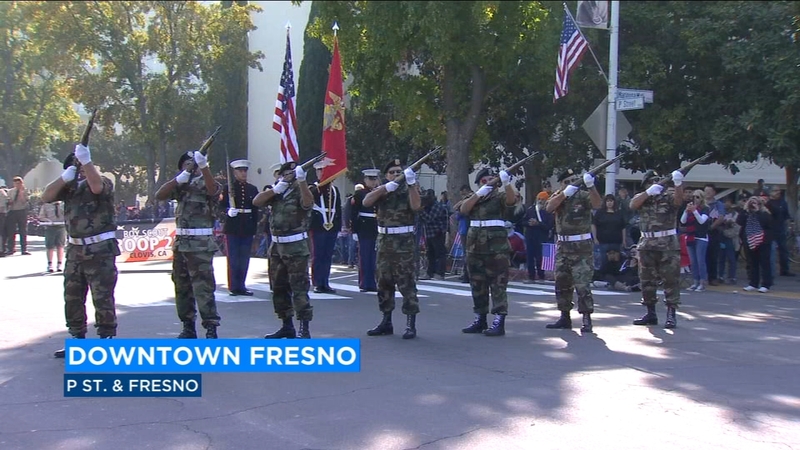 The Air Force got top billing this year, and they embraced the crowd all the way along the route.

"You know, everybody comes out to support the veterans. they're waving flags and they're taking pictures. We just enjoy it. It's just very much a lot of fun," said Air Force National Guard Jerry Gragg.

Thousands of people lined the streets, waved flags, and cheered for the men and women in uniform.

"Very important. Trying to teach my kids the same thing. Growing up, being proud to be Americans," Jose Ruiz said.

Pride filled the veterans who just came to watch, including one who told us he felt compelled to come this year because the giant parade sends a message nationwide.

"I think it raises awareness to the whole nation that the military needs to be supported," California Army National Guard Jerry Barsoom said.