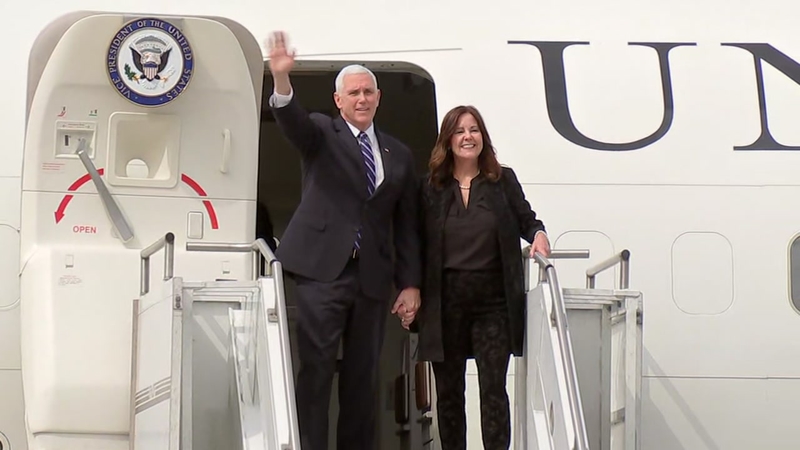 The Vice President of the United States and the second lady will be in the South Valley Wednesday.

First, Vice President Mike Pence will have lunch with donors in Coalinga.

Then he'll head to Doug and Julie Freitas & Sons Farms just outside Lemoore.

While this is going on, the second lady will be at Naval Air Station Lemoore, speaking to military spouses about employment opportunities.

Neither have met Pence before, but say they've had unprecedented access to this administration.

As far as a visit to Kings County, Verboon can't recall a more prominent name to come to town.

"It's good that he's here to listen to what the impacts are, especially the retaliatory trade agreement that we've had happened to us this last year and how it affects us, and our water issues," said Verboon. "Just being here, living it, understanding it, talking to the people, that's a lot. I mean we don't get that every day."

Pence will be the special guest at the Freitas Farm, for an event called "USMCA: A Better Deal for American Workers," hosted by America First Policies, a non-profit organization that describes itself as "promoting key White House policy initiatives that put America First."

USMCA stands for the United States-Mexico-Canada Agreement, a Trump trade proposal that would update the North American Free Trade Agreement or NAFTA.

Pedersen and Verboon see the new plan as a win for the Valley, so both signed off on a multi-county letter of support that was sent to the president.

"I just hope that nationwide, legislators can see that this is a positive thing. It protects the U.S. from aggressive trade practices throughout the world. And free and fair trade is all we're asking for," said Pederson.

"So we need to have open doors and equality on the marketplace in other countries, and I believe that's what it does for us," said Verboon.