Fernandez is in critical, but stable condition, after injuring his cervical spine during an accident.
KFSN 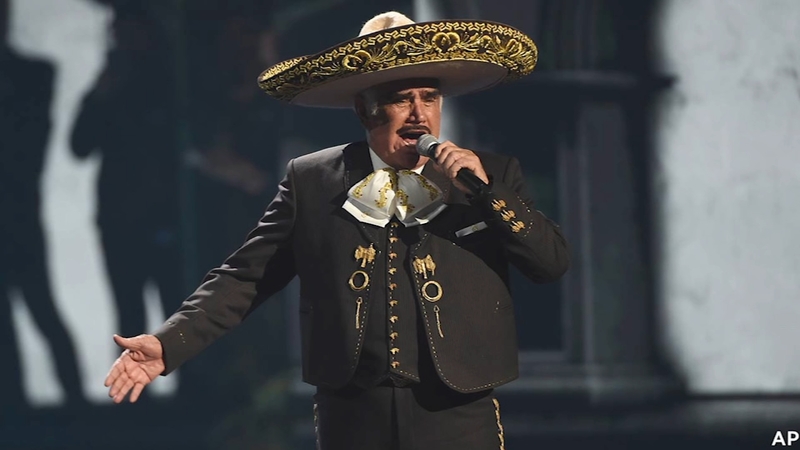 A doctor close to the artist told CNN that the singer underwent neck surgery after being hospitalized in Guadalajara, México, on Friday due to a fall.

According to a Facebook post on his official page, Fernandez is in critical, but stable condition, after injuring his cervical spine during the accident.

The post said that he is on a ventilator and in the ICU.

Exactly one month ago, on July 9, Fernández left the hospital after recovering from a urinary tract infection, as confirmed by the artist himself through social media.

Fernández's career spans five decades and a discography of over 100 albums, with the singer being regarded by fans as a living legend.

According to his website, The Houston Chronicle dubbed Fernández "The Sinatra of Rancheras" after a performance at Hofheinz Pavilion in October 1991.


Sinatra, of course, references the blue-eyed crooner Frank, regarded as one of the greatest artists of our time.

"Up until October 11, 1991, no one had ever declared that as a singer, Fernández was on equal footing with perhaps the greatest singer in American pop history," the Mexican icon's website said of his comparison to the leader of the Rat Pack.

Ranchera music is a style dating back to before the Mexican revolution. It's inspired by a variety of styles, including waltz, polka and bolero music.

The music is said to have gotten its name literally from the ranch lands, where it was originally performed.

Fernández is considered the most famous ranchera singer, known for his trademark charro outfit, wide sombrero and mariachi ensemble. He is also among the world's most decorated entertainers, earning multiple accolades including Grammys and Latin Grammys.

But he's also collected a number of nicknames cementing his status as an icon to fans such as El Ídolo de México (Mexico's idol) in the early 1980s and "El Rey de la Música Ranchera" (The King of Ranchera Music).

In regard to his health, a Facebook post from Monday night appears to be the latest mention, explaining that statements will be issued through his medical team.