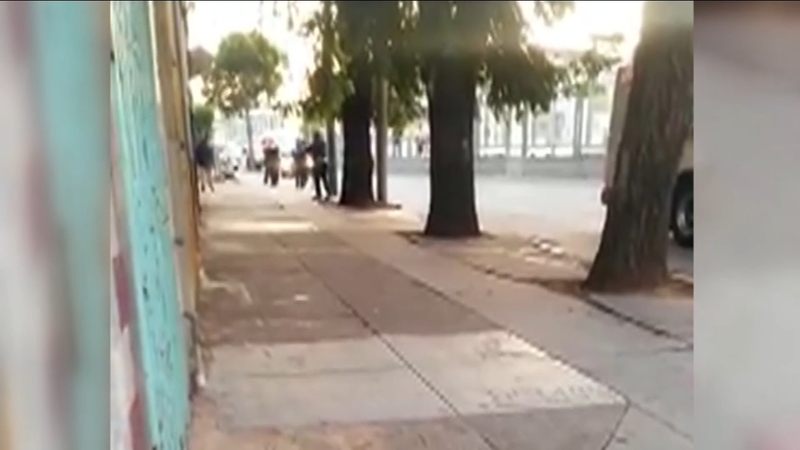 SAN FRANCISCO (KFSN) -- Newly-released video of a deadly San Francisco police shooting is now fueling speculation about whether it was justified.

A video, shot by a former bus driver, was unveiled during a hearing on Thursday.

It's part of a civil rights lawsuit against the police officers involved in the deadly 2015 shooting of Mario Woods.

A judge ruled the case could go to trial in April.

It's based on claims that officers violated Wood's civil rights by using excessive force during the deadly shooting.

"The officers were negligent when they used deadly force against Mario Woods, their conduct was below the standard of care of a reasonable officer at the time," said John Burris, Gwen Woods's attorney.

Officials say officers shot and killed the 26-year-old after they said he would not drop a knife.