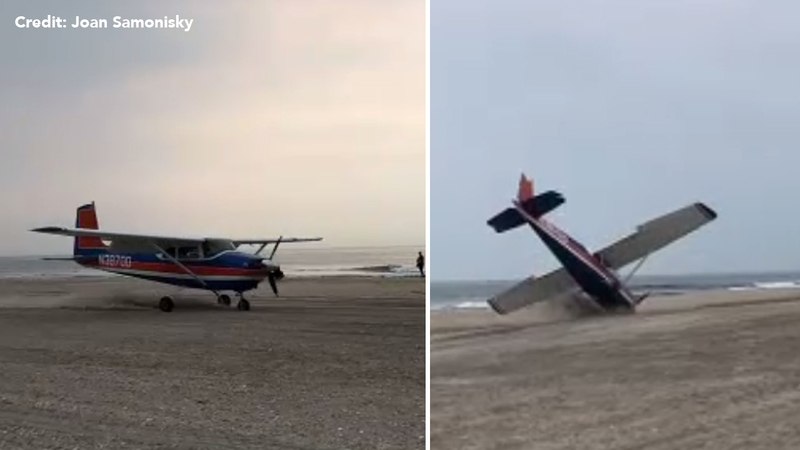 OCEAN CITY, N.J. -- Beachgoers in Ocean City, New Jersey were surprised when a plane landed on the sand Saturday morning.

Police say the pilot made an emergency landing on the 49th Street beach around 8:35 a.m.

It's not yet clear why the pilot had to make an emergency landing.

Video from viewer Joan Samonisky shows the plane landing, then coming to an abrupt stop. The plane lurches up onto its wing before coming back down on its landing gear.

The pilot was the only person on board and emerged from the plane without any injuries.

There was minor damage to the plane.

The FAA has been called to the scene to investigate. Ocean City police say the plane will be removed once the FAA investigation is complete.

This comes just days after a plane went down in the water off Cape May, New Jersey. A recovery operation for that pilot continues.

Small aircraft crashes into ocean in Cape May, New Jersey. George Solis has more on Action News at 6 p.m. on May 29, 2019.