VIDEO: Watch Fresno Police officers in action as they carry out an arrest during a gang bust

KFSN
By Cory James
FRESNO, Calif. (KFSN) -- Fresno Police were out in full force on Friday night, cracking down on gang violence that has recently plagued the city.

Action News anchor Cory James did a ridealong with police and was there when officers arrested one man who was armed with a stolen gun.

The police department's MAGEC unit has been out doing these operations all week, trying to put a dent in some of the gang activity that is happening all over the city.

During Cory's ridealong, Fresno Police rolled up on two men walking near McKinley and Normal in Southeast Fresno.

Sgt. James Rosetti led Friday night's gang operation, making contact with both men after getting out of his patrol car.

When he asked one man wearing a white hoodie if he had a gun, the man said no.

But Rosetti noticed he was reaching into his hoodie pockets and decided to check on his own.

That was when he pulled out a loaded gun.

Multiple officers who were in the area then rushed in with their guns drawn, eventually putting both men in handcuffs once they got down on the ground.

The suspect who was armed told police he was protecting himself because his cousin was recently murdered.

Rosetti later said he knew something was up by analyzing the suspect's demeanor.

So far, since the start of the operation, the department has taken about eight firearms off the streets and - including this arrest - made 10 arrests.
Report a correction or typo
Related topics:
fresno northwestarrestgang violencegang activityfresno police department
Copyright © 2020 KFSN-TV. All Rights Reserved.
GANG VIOLENCE 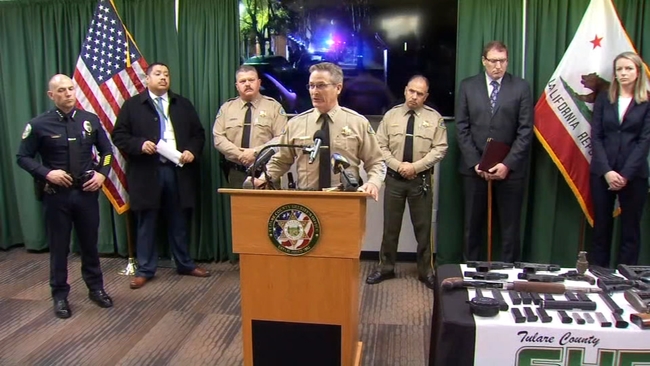 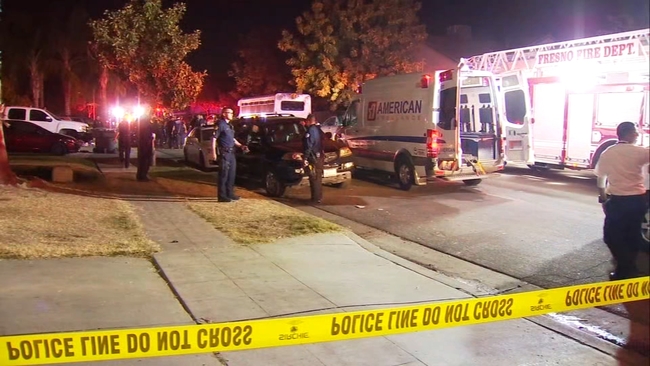