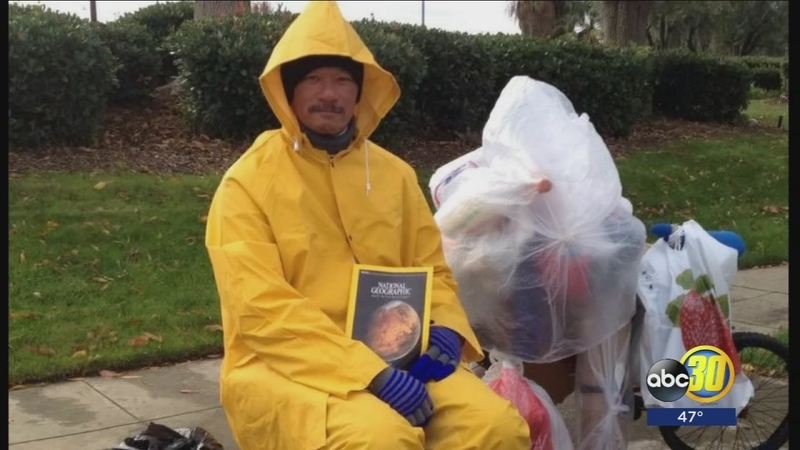 FRESNO, Calif. (KFSN) -- Desiree Martinez says when she got the call from the Fresno County Coroner's Office tears started streaming down her face.

"It was like finally, we get to lay him to rest for a whole year he's been sitting at the morgue," said Martinez.

Last January JD, the well-liked homeless man was found murdered behind a dumpster near Barstow and First Avenues in Northeast Fresno.

His death sparked a huge candlelight vigil in the rain on a Sunday night, as those familiar with his presence for nearly 20 years grieved the tragic loss.

"He was a kind man. He was gentle he would always smile. If you waved he would wave back," said Trisha Deadstrom.

"His blood records and dental have been sent all over the world and still there's nothing," said Martinez.

When the only option left was to bury him in the county's cemetery, she stepped in to help.

"To be placed in the dirt and ground with a number not even recognized as a human being it broke my heart so I wanted to stand up," said Martinez.

While Martinez puts the finishing touches on JD's service, Fresno Police are still looking for his killer. They say there have been no new leads.

The homeless advocate hopes this year that will change.