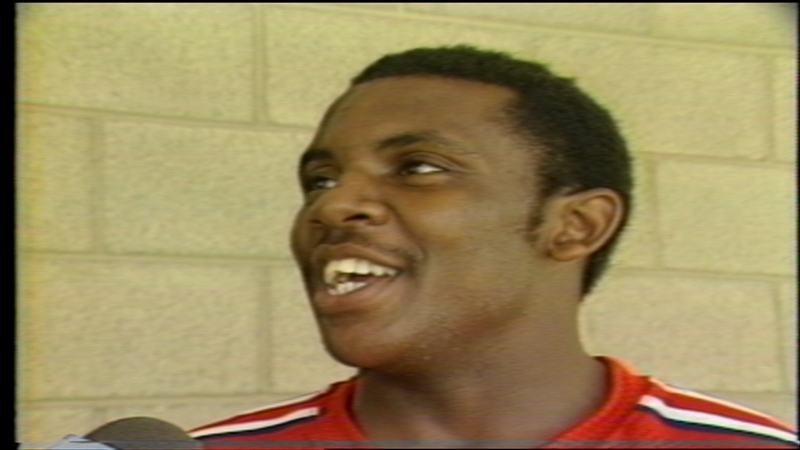 We are now learning a former Fresno State football player has died.

Wide receiver Vince Wesson passed away at the age of just 56 years old. He leaves behind two daughters and a fan base who remembers one shining moment like it was yesterday.

Wesson will always be remembered as the freshman who caught the winning touchdown against Bowling Green in 1982.

The Bulldogs won the California Bowl after an epic comeback led by quarterback Jeff Tedford. They scored 22 points in the 4th quarter.

Wesson caught the two-yard touchdown pass with 11 seconds remaining to tie the ball game. After the extra point was kicked, the fans rushed the field.

"When Vince caught that pass, I couldn't believe it," says Bob Kayajanian. "Tedford threw a bullet. I don't even think Vince saw it, but he stuck out this arms and the ball stuck to his arms."

"Vince did a lot of other great things in his life the last 49 years, but that moment in 1982 in the last 20 seconds of a game as a freshman just really etched his name, his memory, his smile in the hearts of every Bulldog fan," says Paul Loeffler.

After his football career at Fresno State, Vince went on to give back to the sports community here in the Central Valley.