Violent crime is up 13 percent in Fresno 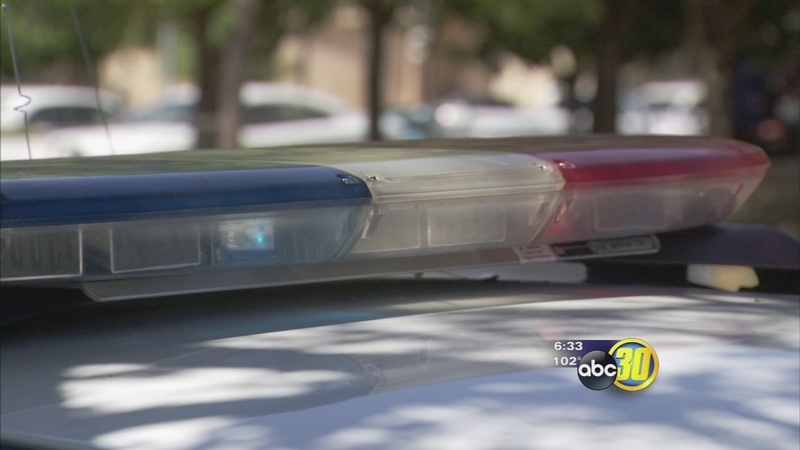 FRESNO, Calif. (KFSN) -- Violent crime is up 13 percent in Fresno this year, and it's not only crime against other citizens, but also against police officers. Two Fresno police officers have had their own weapons used on them within the past month. One was hit with a baton and the other was tased by a suspect.

The latest attack happened inside a McDonald's on Kings Canyon and Clovis last weekend. Police say an officer responded to a call of a manager and employee involved in a disturbance, when a 20-year-veteran police officer showed up.

Fresno Police Chief Jerry Dyer said, "The officer was talking to him. Everything appeared to be going normal and then all of a sudden the suspect waited for the right opportunity punched the officer, there was a struggle on the ground, the suspect pulled the baton from the officer's duty belt and hit him in the head repeatedly."

The officer's head was split open during the unexpected encounter. Two weeks earlier, another officer was confronted by a suspect during a traffic stop that began with a traffic violation near Parkway Drive and Shields. According to police reports, the officers were trying to detain Raymond Alvarado when he refused to put his hands behind his back. Documents show Alvarado wrestled with two officers until one officer said "He got my taser." moments later the officer said "I felt a sharp pain and buzzing feeling on my left leg at which time I realized Alvarado was tasing me. I moved my body away from the taser and Alvarado made contact again with my leg."

Chief Dyer says both attacks were sudden, and officers are facing increased violence on the streets, while doing their job and also trying to be somewhat personable.

"We constantly stress to our officers the importance of being onguard, being vigilant," said Chief Dyer. But, at the same time, we don't want them becoming paranoid, we don't want them to become stand offish with citizens because we do live in an era where there's an increase demand for community policing and officers to be more approachable."

Officers arrested 23-year-old Tyler Deel for the McDonald's assault. Investigators say he also tried to get the injured officer's gun, but failed. Detectives say Raymond Alvarado finally complied with officers and put the taser down when they pulled their guns and threatened him. The officer hit with his baton is recovering. He has several staples in his head right now and is expected to be off work for the next few weeks.