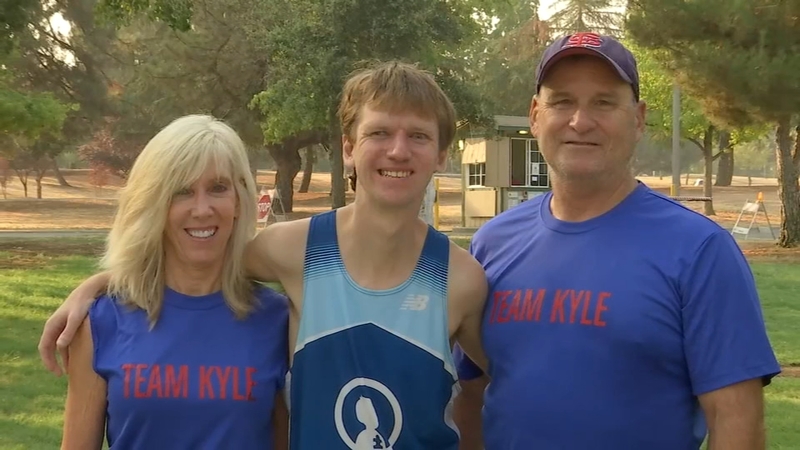 FRESNO, Calif. (KFSN) -- The Boston Marathon was canceled this year for the first time in its 124-year history due to COVID-19.

The Boston Athletic Association is encouraging registered runners to still participate on their own - virtually.

26-year-old Kyle Grossman is a Fresno runner who will run the Virtual Marathon at Woodward Park.

"It's just been a passion for him, he eats, sleeps, dreams running that's all he does," says his dad Neil.

Kyle began running when he was in elementary school. After high school, he started running competitively with his eyes set on competing in the Boston Marathon. That dream came true in 2018 when he joined the Doug Flutie Jr Foundation for Autism team.

Kyle was chosen to be one of nine Flutie fellows in the world. He represents families with autism and promotes awareness by showing children that they can accomplish anything. In April he was hoping to complete his second Boston Marathon and fourth marathon overall. The race was postponed twice until it was finally canceled altogether.

Registered runners for the Boston Marathon have now been encouraged to run the 26.2-mile distance virtually. They have been given a two-week window to do it on any day. After they submit their time online they will receive a medal in the mail.

Neil and his wife Dori started Team Kyle in March when the pandemic hit.

They bought bikes with computers and train Kyle four to six times a week.