KFSN
By Brian Johnson
VISALIA, Calif. (KFSN) -- Larry Branco was on his way back to Northern California on Friday, after gathering some more things.

When he and his wife Joy left Visalia on Monday, they didn't know how long they'd be gone or how bad the accident would be.

Unfortunately, they received the worst news any grandparents can possibly get.

The pair had jumped into a canal near Dixon to rescue a dog that had fallen in the water.

As the teens grabbed the bridge over the canal for support, they were electrocuted.

Another friend pulled them out of the water, but both died at the hospital.

"Nobody knows why this bridge was hot," Branco said. "It had electricity in it."

Branco says he last saw his grandson a couple of weeks ago - in Visalia.

Jacob and his mother were visiting.

They went out to dinner and had a nice visit.

"When they left, he gave us a real big hug," Branco said. "And not like a normal 17-year-old just quick hug like he's done in the past. My wife Joy and I mentioned it to each other how he really gave us a real warm, long hug."

That was the last time Branco and his wife saw their grandson.

Jacob would have turned 18 next month and was set to graduate from Dixon High School.

His grandfather says he was starting to think about life and work after school.

The Solano County Sheriff's Office is investigating the tragic accident.

A spokesperson for Solano Irrigation District, which owns the bridge and canal, told ABC10 in Sacramento that they don't know what happened yet, and are cooperating with the sheriff's investigation.

Branco says his grandson will be laid to rest on Monday.
Report a correction or typo
Related topics:
visaliaelectrocution
Copyright © 2020 KFSN-TV. All Rights Reserved.
ELECTROCUTION 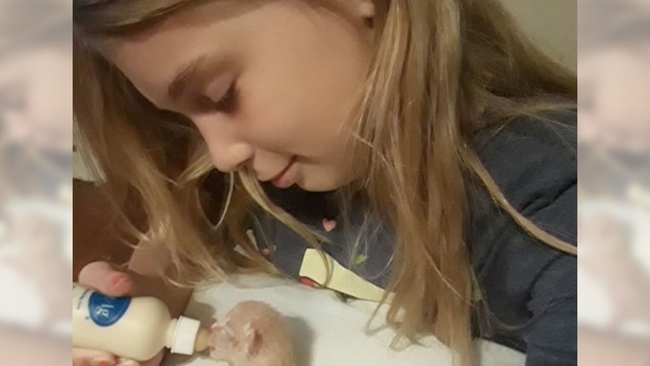 Girl dies trying to rescue kittens from behind dryer