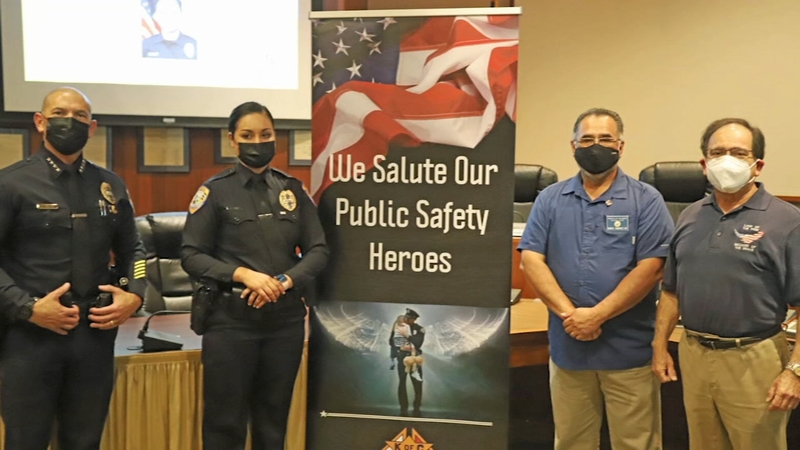 VISALIA, Calif. (KFSN) -- A Visalia detective is on administrative leave after she was arrested by Hanford police.

Arrest records show she was released later that same morning.

A photo on the city of Visalia's facebook page shows Adney being recognized as the police department's 20-20 Officer of the year.