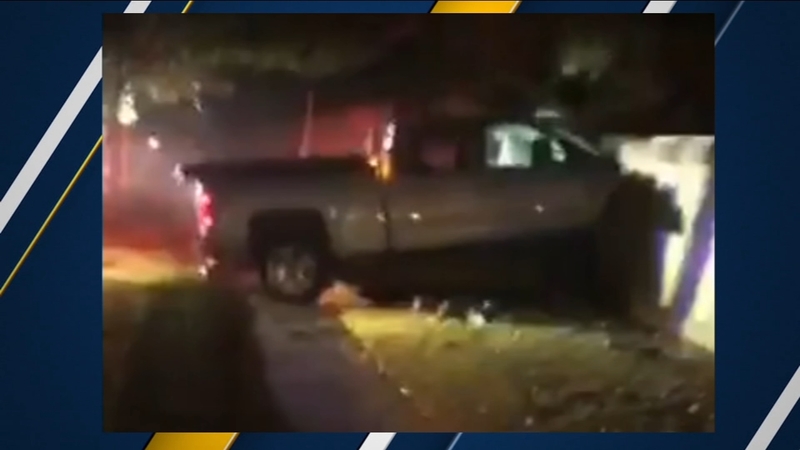 VISALIA, Calif. (KFSN) -- A Visalia man is in custody, after he allegedly caused multiple crashes in a matter of minutes last night, damaging property and injuring a few people in the process.

Police say 72-year-old James Putnam's drunken and dangerous ride ended after his truck hit a wall behind a home.

An ABC30 Insider's video shows witnesses trying to stop a DUI driver from leaving that scene, near Ben Maddox and Ferguson.

"I just thank god I wasn't here or the kids weren't in the backyard," said Jennifer Meza, who lives in the house behind the wall.

Meza says she wasn't home when it happened, but it's unsettling.

Her kids play back here all the time, and there were plenty of other kids out trick or treating Wednesday night.

"It's sad that unfortunately it had to happen here but I'm glad that it ended here versus him still driving and hurting somebody else," Meza said.

Putnam was arrested at the Ferguson location, but before that, police say he caused five crashes in seven minutes.

Court records show Putnam has a previous DUI conviction in 2011.

The motorcyclist was brought to a hospital with moderate injuries, but is expected to be ok.