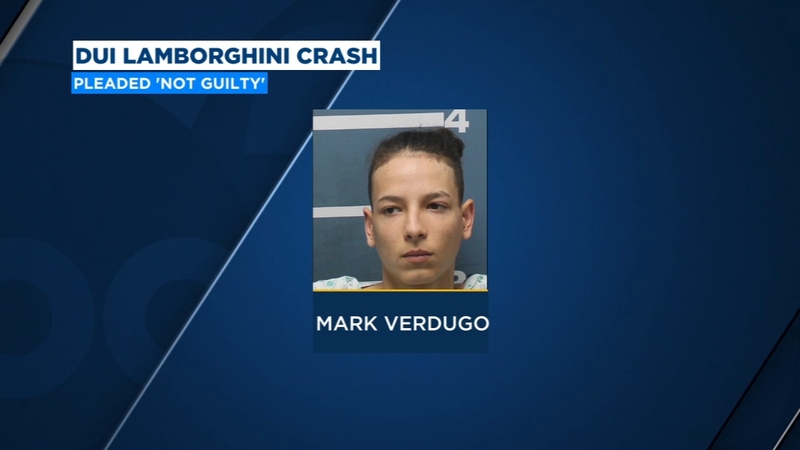 FRESNO, Calif. (KFSN) -- The Tulare County sheriff's office said the teenager who was speeding while under the influence of drugs causing a crash involving multiple vehicles pleaded not guilty Friday morning.

Authorities released the mugshot of Mark Verdugo, 18, this afternoon.

Visalia police say Verdugo crashed his Lamborghini into two cars at the intersection of Walnut Avenue at Court Street just before midnight on June 15.

An ABC30 insider sent in a video showing the aftermath of the collision.

Police say the driver of a very expensive Lamborghini had a warrant out for his arrest was driving under the influence.

23-year-old Alonzo Prado was behind the wheel of one of those cars and sustained moderate injuries, police said. Authorities also said his female passenger had critical injuries. Both were transported to the hospital.

Despite earlier reports from police, the woman is in critical condition at Kaweah Delta Medical Center. Her name has not been released.

Officers searched the Lamborghini and found a loaded pistol.