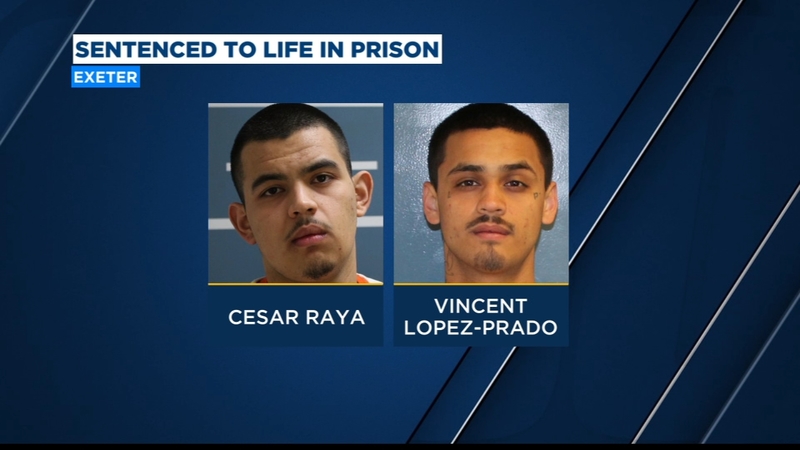 FRESNO, Calif. (KFSN) -- Two Visalia gang members have been sentenced to life in prison for committing violent crimes in Visalia and Exeter.

The pair broke into an Exeter couple's home back in February of 2017.

They stole guns and ammunition while inside the house and police say when the homeowners woke up during the robbery, the suspects opened fire and shot a man in the arm before running off.

Both Raya and Lopez-Prado were caught days later for committing separate crimes unrelated to the Exeter shooting.