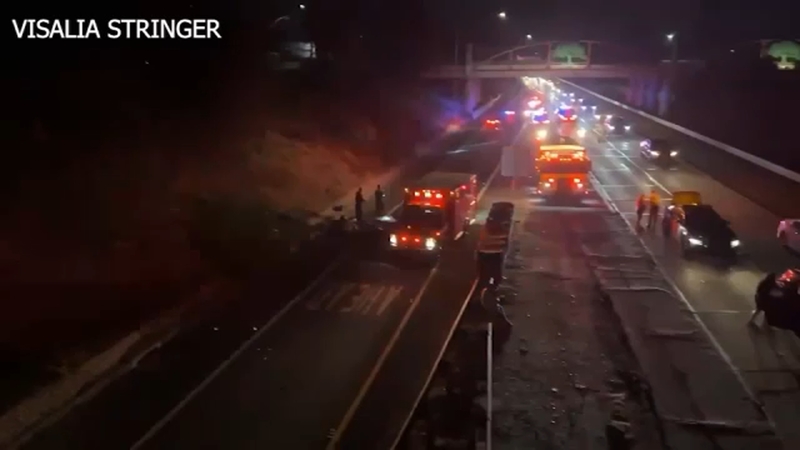 VISALIA, Calif. (KFSN) -- The California Highway Patrol is investigating after a man was hit and killed by a driver in Visalia.

It happened Sunday night along Highway 198 and Central Visalia exit.

Officers say the 40-year-old man ran from the center median across the highway. That's when an oncoming Subaru Forester hit him.

The CHP says the driver couldn't avoid hitting the man.

The man was taken to Kaweah Health Medical Center, where he died.

Officials say they have not yet determined if alcohol or drugs were factors in the crash. No arrests have been made.