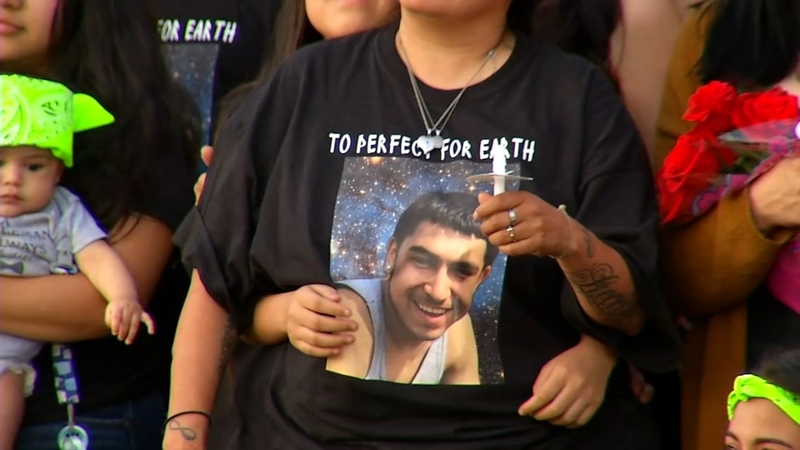 VISALIA, Calif. (KFSN) -- A year later, and the pain Nikkole Rule Balderama of Visalia feels over the loss of her son, 18-year-old Isaiah Rule, still hurts as much as the day she lost him.

Coping with his loss is a daily struggle.

"I sit there waiting for him walking through the door," she said. "My son said, 'Mom, I'm going to go get tacos and I'll be right back' and I'm waiting for him to walk through that door. I don't know how to accept that he is gone."

On May 5th 2020, Isaiah was gunned down in the Golden West High School parking lot along with his two friends, Blake Medeiros and Jose Hernandez.

Blake and Jose were 19 years old.

Blake's mom, Ashley Williams, said she lost a piece of herself when her son's life was taken.

"As a mother they are a part of you so you don't just physically feel like you're dying, it is mentally, it is spiritually, it is everything," she said.

On the anniversary of the young men's deaths, family and friends gathered where their lives were tragically taken, to fill the space with hope and light, and to support one another in the fight for justice.

"We want to know what happened to our boys," said Williams. "It is not going to fix it, but it will still give us some answers that we are looking for."

Balderama and Williams said they still don't know what happened the night of the shooting.

But they believe there could be three suspects based on witness reports.