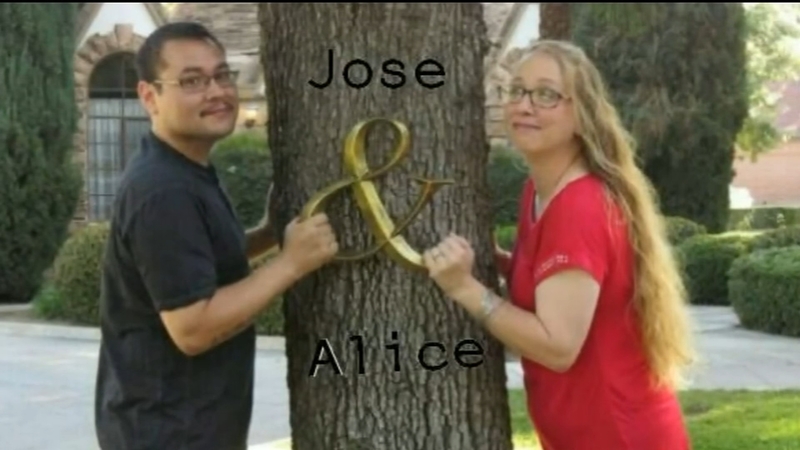 VISALIA, Calif. (KFSN) -- UPDATE: Jose and Alice Vasquez have been convicted of misdemeanor child abuse of their children.

Sentencing is scheduled for December.

BREAKING: Jose and Alice Vasquez have been convicted of misdemeanor child abuse of their children. The husband and wife were originally charged with felony child abuse. Sentencing is scheduled for December. @ABC30 https://t.co/sinRJbU2GG

In an interview with a Visalia police detective and Child Welfare Services worker in early November of 2016, Jose Vasquez was asked about his wife's child abuse conviction in 2010 - before they were together.

He said she told him she took a plea deal because she was tired of fighting the case.
Prosecutors say Alice Vasquez starved her brother's three children over a year-long period.

The investigating Visalia police officer saw the kids at the hospital and said they looked like Holocaust survivors.

In that case, a judge sentenced Alice to four years in prison.

But she now faces the possibility of a much longer prison term for allegedly starving Jose's children, her stepchildren, between the fall of 2015 and fall of 2016.

The girl told authorities she and her brother would steal food at home and at school, and always went to bed hungry.

"They weren't as severely malnourished as her first case," Visalia Police Detective Bryan Somovia told Jose during their interview, about a month after the children were taken away from the couple. "But in a couple week period, they put on half the weight that they lost."
Besides depriving them of food, Jose and Alice are also accused of punishing the kids with military-like exercises, including push-up positions and flutter kicks-demonstrated by Alice in her interview with Visalia Police Detective Mona Whaley.

Later, Detective Whaley brought up some of the problems Alice's stepdaughter was having at school, like being tired and having trouble focusing.

"These are all behaviors that she was displaying all at the same time that she's telling the school that she's hungry... it didn't start until extreme dieting started taking place," Whaley told Alice.

The children are now in the care of their grandmother.