Woman hit and killed by car in Visalia while running towards loose dog, police say 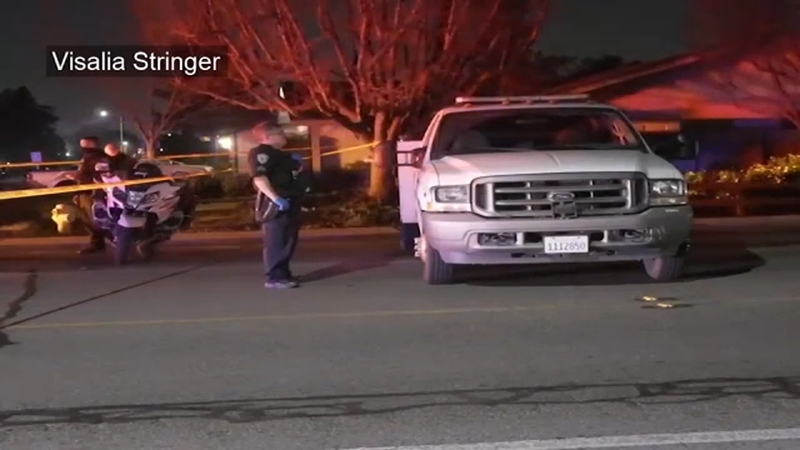 Woman killed after being hit by car in Visalia, police say

On Wednesday around 7 pm, the Visalia Police Department got a 911 call about a woman hit and killed by a car.

"They learned that a female walking north on the west sidewalk of Center was walking her dog, the dog broke free and ran into the roadway," says Visalia Police Sgt. Art Alvarez. "The female went after the dog, where she was struck by a vehicle going north."

We talked with the family who called 911.

They did not want to go on camera but said it was an ordinary evening for them until suddenly, they saw a lady running diagonally towards a little white dog and in a matter of seconds, she was hit.

A moment they say will be hard to forget.

Sgt. Alvarez says the driver stopped after the crash and cooperated with the investigation.

He says the driver was not going over the speed limit and drugs or alcohol were not a factor. He wants to remind everyone walking or driving to always stay alert.

"Take that extra second," he said. "As much as you want to go after your loved pet, look and make sure the roadway is clear. This was a tragic accident and we would hate to have that happen again."

This is the second time a pedestrian has been hit and killed by a vehicle in Visalia this year.

Neighbors we talked with in the community say they've witnessed many car crashes on the busy intersection but never an accident like this one.