5 people arrested for assaulting a police officer in Visalia 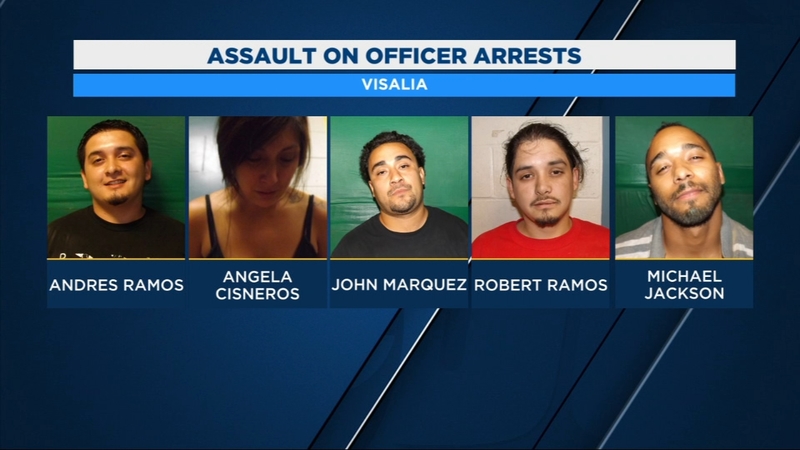 5 people arrested for assaulting a police officer in Visalia

VISALIA, Calif. (KFSN) -- Visalia Police arrested five suspects after they say one of their officers was assaulted.

Officials say five men and a woman were drinking alcohol in front of a home on Cypress near Burke Thursday night and began to confront officers who were trying to get them to go inside the home.

One of them then pushed an officer who then put him in handcuffs. The other suspects then tried to free the man in handcuffs, by attacking the officer.