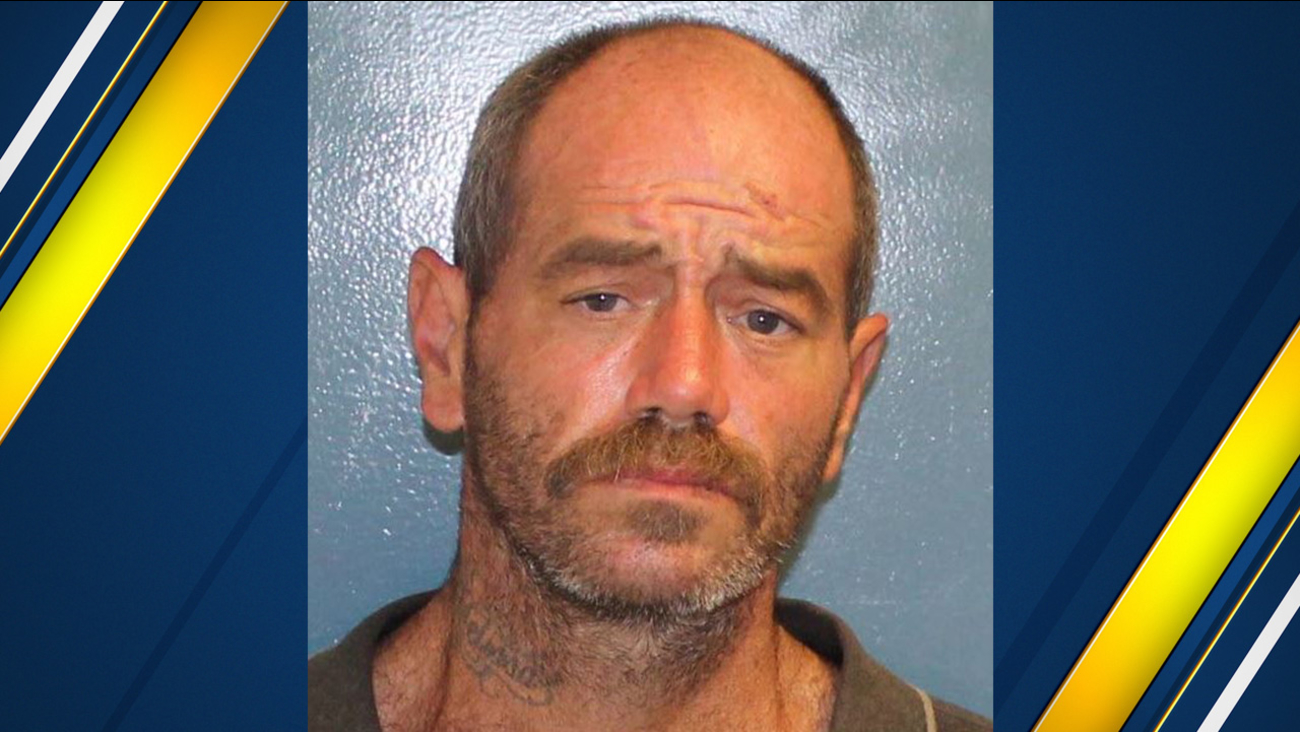 Anthony Carpernter was arrested and booked into the Tulare County Jail for resisting arrest and terrorist threats. (Visalia Police Department)

Officers were called to Chinowth and Douglas just before 6:30 p.m. about a possibly intoxicated man who was yelling at himself and swinging at the air.

When officers tried to speak to 46-year-old Anthony Carpernter, he threatened to kill the officers and became aggressive resulting in one officer being punched in the face, officials say.

As a struggle ensued, Carpernter and the officers fell to the ground, where another officer suffered a shoulder injury. He was treated at Kaweah Delta Medical Center and is OK.