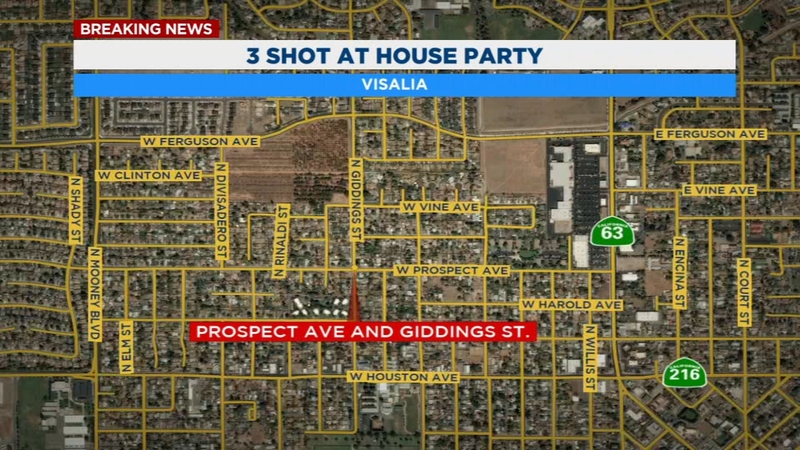 FRESNO, Calif. -- An early morning shooting in Visalia sent three people to the hospital and police are looking for the person who shot them.

Authorities say they initially responded to the area of Prospect Avenue and Giddings Street for a loud noise complaint at a large party.

After they arrived, officials tell us a group of people attending the party started running down the street while gunshots were being fired.

Two men were shot and a 17-year-old young man.

Both adult victims suffered serious injuries and were taken to an area hospital. The teenager only sustained minor injuries.

Police are asking anyone with information to contact them.
Report a correction or typo
More Videos
From CNN Newsource affiliates
TOP STORIES