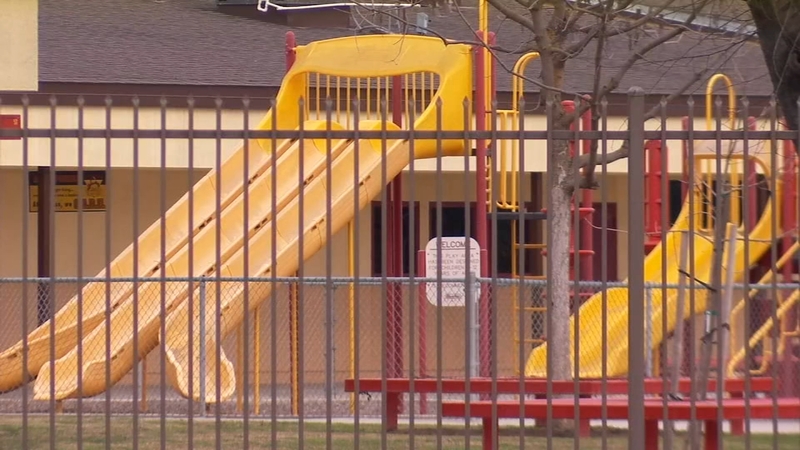 Last month, state guidance for schools became stricter, but because students had already returned to each school site, the district could continue offering classroom learning.

"Before any changes were made at the state level, we already were serving students with in-person instruction," VUSD Superintendent Tamara Ravalin said. "And again that's those families who chose that model. Some chose full-time distance learning."

Not all Tulare County school districts have had the same favorable timing as Visalia.

Tulare City School District received county approval for its waiver several months ago, but the state never gave them the green light, so they've been in limbo ever since.

"The state health department said districts that hadn't had waivers approved, even though the local authority approved it, could not open," Hollingshead explained. "So we just couldn't open."

Hollingshead says they will start bringing back more cohorts of students for in-person learning starting next week, which is allowed under state rules.

But as far as a full reopening of TK through 6th grades, they'll have to wait until Tulare County's COVID-19 case rate falls below 25 per 100,000 people.

"It is hard to understand," Hollingshead said. "And it's ever-changing. It's been ever-changing since last March when we had to shut down."

"I believe that this issue is being caught up in the political machine without keeping our children's best interests at the forefront," Superintendent Yolanda Valdez said.

"Essentially some new requirements were introduced from the state that prohibited our ability to reopen the seven sites using the waiver process," PUSD Superintendent Nate Nelson said. "So we have the three sites reopened with the waiver process, and then we have cohorts, which have remained an option for all sites."

Like Tulare, Porterville is trying to do as much cohorting as possible at all of their elementary school sites.

"It's concerning right now, the learning loss that we can see that has occurred," Nelson said. "And so we're just going to do everything we can to marshal our resources to bring kids back. We think that's just absolutely critical."

Other superintendents feel the same way, and can't wait to welcome all of their students back to campus.

"We know that our students need in-person instruction," Ravalin said. "They need it academically, but also social and emotionally and it's so important that we get them back."

Visalia Unified will discuss bringing back 5th and 6th graders at next week's board meeting.