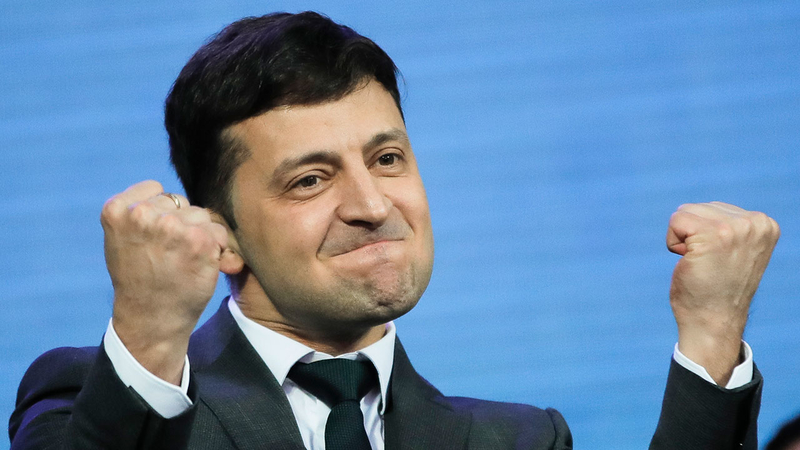 KIEV, Ukraine -- A comedian who played the president of Ukraine on a sitcom is poised to be elected Ukraine's next president, exit polling shows.

Like his "Servant of the People" character, a high school history teacher thrust into the presidency after a video of him blasting corruption goes viral, Zelenskiy has focused on riding the wave of public distrust of Ukraine's political elite. He has never held political office before.

Zelenskiy has pledged to keep Ukraine on its pro-Western course but said the country should only join NATO if voters give their approval in a referendum. He said his top priority would be direct talks with Russia to end the fighting in eastern Ukraine.

He has largely avoided traditional media, choosing instead to run his campaign mainly on Instagram, where he has 3.7 million followers, and YouTube.

Before campaigning for office, Zelenskiy competed on a local version of "Dancing with the Stars" and appeared in several romantic comedy films and talent competitions.

"I am leaving office, but I want to firmly underline that I am not leaving politics," incumbent Poroshenko said after the exit polls were released, adding that he was willing to help Zelenskiy transition into the presidency.