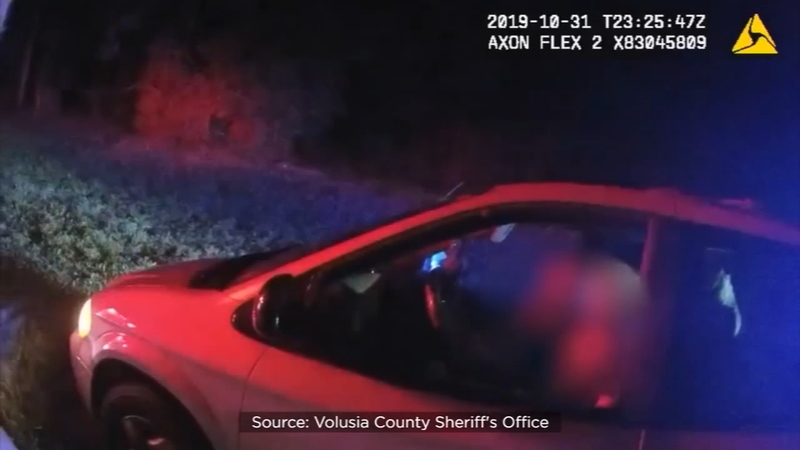 VOLUSIA COUNTY, Florida -- In Volusia County, Florida, three kids, all under 12, are safe after they were rescued from a terrifying situation. Deputies say their mother pulled their minivan over to use heroin, then overdosed in front of her kids, according to WFTV.

With her little brother's screams in the background, a 12-year-old cries for 911 help as she tried to control the minivan she and the 7-year-old and 1-year-old boys were in along busy eastbound I-4.

"We're in the grass and we're close to a ditch 'cause my mom was hitting the gas and I put it in 'N' because I don't know how to put it in park," said the child on the phone.

Deputies say it was around 7 p.m. Thursday night when the driver, 28-year-old Tiffany Smith, passed out behind the wheel from a heroin overdose.

Smith woke up after she was given a dose of Narcan.

Sitting in the back of the ambulance, she told deputies she was on her way to South Carolina and took the drug for back pain.

The three children were turned over to their grandmother. Two dogs in the van are with animal control